America Desperately Needs Donald Trump To Succeed, But Can He Change Enough To Make It Happen?

We are at a pivotal point in our history.

Unemployment, which if viewed correctly as including people who have essentially checked out of the workforce, is at near depression levels. For the first time in the history of the nation, more people think their children will have a standard of living inferior to that of their parents (I have to admit to belonging to this particular club). Our alliances are in tatters because we have abused and ignored our allies. We have pursued foreign and domestic policies based not on hope and aspirations — which would be noble, if misguided — but on wishcasting and unicorn farts. We, the United States, fomented a civil war that is now destabilizing much of the Middle East and threatens to destabilize much of Europe via a refugee crisis. Inside the United States, Barack Obama has played race against race for cynical and transitory political gain. He has created an environment on college campuses where men, which is basically half the nation, are treated as the enemy and complementarianism, the natural state of relations between the sexes, is ridiculed as misogyny. Our judiciary had become a tyranny that routinely declares “unconstitutional” anything the justices disapprove of. Regulatory agencies have taken on roles previously reserved to the Congress and state legislatures.

We are a nation in decline and we have damned little time to correct our glide path before we reach terminal velocity. And, whether they voted their hopes or their fears — and make no mistake about it, Trump’s victory was due as much to loathing of Hillary Clinton as it was to admiration of Donald Trump — the man that America has chosen to lead it is Donald Trump.

While nothing has happened to make me change my view of Trump’s character and I’m still a strong believer in the admonition of Lynn Martin, Secretary of Labor under George H. W. Bush, regarding Bill Clinton, that “You can’t be one kind of man and another kind of President.” I am willing to give Trump the benefit of the doubt.

But it is a mistake to underestimate him, as Hillary Clinton discovered last night.

As Caleb’s awesome post pointed out, Trump has actually delivered on much of what he claimed he would do. He not only carried the states he had to carry, but he poached deeply into Hillary Clinton’s territory, picking off the Great White Whales of electoral politics that have eluded GOP candidates since 1988 (Michigan and Pennsylvania) and 1984 (Wisconsin). He increased the GOP’s take of black and Hispanic voters. More women voted for Trump than for Mitt Romney and more white women voted for Trump than Hillary Clinton. Contrary to many opinions, mine among them, he did not bring about significant losses to the GOP in either the House or Senate. In fact, there is little doubt that Donald Trump carrying Wisconsin and Pennsylvania saved both Ron Johnson and Pat Toomey from electoral oblivion.

Trump has a GOP Congress and therefore has the ability to make good on some things that desperately need doing but the challenge for Trump is can he actually, for a period of years, become more of a man and a leader than he actually is?

Will he actually nominate a Supreme Court who has a passing acquaintance with the US Constitution and a respect for our political traditions? Or will his Fifth Avenue buddies, like Chuck Schumer, be whispering in his ear? What will he do to combat, yes FREAKIN COMBAT, the scourge of illegal immigration that has destroyed respect for the rule of law in many areas of the country along with communities? Will he continue to accept Syrian “refugees” while shunning Syrian Christians? What will he do about ObamaCare, a program that he has both praised and derided? Will he continue to let the Department of Education mandate Star Chamber proceedings on university campuses? Will he continue to let the EPA tell sovereign states what they can and cannot do? How about religious liberty? Abortion? What will he do about the crony capitalism that has made left wing grifters like Elon Musk obscenely wealthy at taxpayer expense?

All of these actions require Trump to what he alleges he is best at doing: making deals.

The real challenge is doing those things that require him to master himself. Can Trump attract the top shelf intellects and managerial talent that is needed to get the apparatus of government and foreign policy back on track? Can he jettison the alt-right trash that has attached itself to his campaign and, too often for comfort, seem to be nurtured by him? Can he actually “Make America Great Again” by reinvigorating a NATO grown weak and disjointed under Obama’s relentless scorn? Can he stem the surge of Islamic extremism or at least pretend he cares about our safety?

Before yesterday, I had an answer to those. Today I don’t.

What I do know is this. There is too much important work to be done for us to have the luxury of hoping he fails.

For better or worse, Trump is the president. For better or worse, the fate of the GOP is held in his very tiny but well-manicured hands because if he fails in a spectacular and cataclysmic way, conservatism will be counted among the collateral damage. We need to encourage him when he’s right and hit him hard when he’s wrong. I’m willing to give him some time and no one would be happier to be proven wrong on his assessment of Trump than me.

But ultimately we are all bit players in this drama because Trump will only succeed if he can, like the Grinch, change who he is. 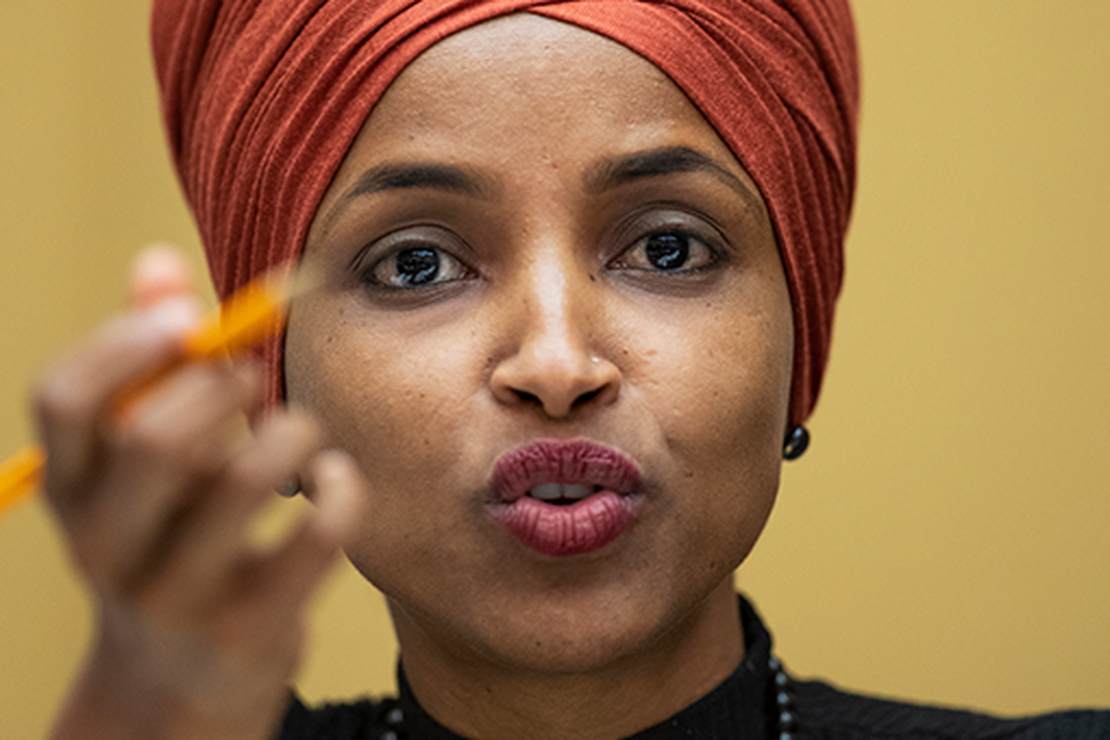 'Always the trendsetter'! Trump holding up a Bible at St. Johns Church has caught on with Nancy Pelosi and Andrew Cuomo