A couple of weeks ago I posted on the Trump administration withdrawing the defense of an Obama administration rule that let allowed mentally ill children with child abusing parents use whatever bathroom met their fancy on a particular day.

Now the other shoe is dropping as Education and Justice are prepared to rescind the notorious “Dear Colleagues” letter issued by the Obama administration that declared that contrary to law and legislative history that sex actually meant whatever he hell anyone wanted it to be.

The Trump administration plans to roll back protections for transgender students, reversing federal guidance that required the nation’s public schools to allow children to use the bathrooms and locker rooms that matched their gender identities.

In a letter to the nation’s schools, administration officials plan to say they are withdrawing guidance issued by the Obama administration that found that denying transgender students the right to use the bathroom of their choice violates federal prohibitions against sex discrimination, according to a draft of the letter obtained by The Washington Post.

“This interpretation has given rise to significant litigation,” states the two-page draft, which indicates that the Education and Justice departments plan to issue it jointly. The draft says administrators, parents and students have “struggled to understand and apply the statements of policy” in the Obama-era guidance.

As a result, the departments “have decided to withdraw and rescind the above-referenced guidance documents in order to further consider the legal issues involved.” The letter makes clear that schools must protect all students and that the withdrawal of the guidance “does not diminish the protections from bullying and harassment that are available to all students. Schools must ensure that transgender students, like all students, are able to learn in a safe environment.”

A final version of the letter is slated to be issued Wednesday, according to a Republican operative with knowledge of the conversations within the Trump administration on the issue. The administration is expected to release the letter despite objections from Education Secretary Betsy DeVos, who did not want to rescind the guidance, the operative said. Officials with the Education and Justice departments did not immediately respond to requests for comment late Tuesday night.

That last sentence is really key. And the New York Times has a lot more on that angle.

A fight over a draft order that would rescind protections for transgender students in public schools has erupted inside the Trump administration, pitting Attorney General Jeff Sessions against the secretary of education, Betsy DeVos.

Ms. DeVos initially resisted signing off on the order and told President Trump that she was uncomfortable with it, according to three Republicans with direct knowledge of the internal discussions. The order would reverse the directives put in place last year by the Obama administration to allow transgender students to use the bathrooms of their choice.

Mr. Sessions, who strongly opposes expanding gay, lesbian and transgender rights, fought Ms. DeVos on the issue and pressed her to relent because he could not go forward without her consent. The order must come from the Justice and Education Departments.

Mr. Trump sided with his attorney general, these Republicans said. And Ms. DeVos, faced with the choice of resigning or defying the president, has agreed to go along. The Justice Department declined to comment on Wednesday.

DeVos’s reluctance to go along is not surprising. She, like Trump, run in a social circle where, regardless of politics, homosexuality in regarded as normal. For instance, one of her closest advisers, Greg McNeilly, is in this “wedding” video.

So it is unsurprising that DeVos could see this whole issue as totally benign. Equally possible is that she is, by now, keenly aware of the animosity generated against her by the left and she feels this simply adds more fuel to the fire. Keep in mind, the left blockaded her from going into a public school in DC.

I will confess to being more than a little surprised by Trump’s actions if the story is accurate. Even though Trump campaigned on “letting the states decide” on this issue, once he kept in place Obama’s perv protection policy I fully expected him to go with this Upper West Side sensibilities.

We’ll learn more about what to expect from DeVos when the Title IX “Dear Colleagues” letter that mandates stripping young men accused of sexual assault of all their Constitutional rights comes up for review. 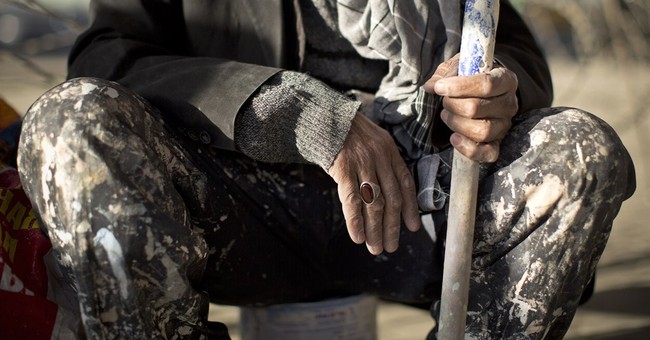