Under the Obama administration, the Defense Department was a huge petri dish to grow social pathologies the Obama administration wanted to mainstream into society. One of these programs, the so-called Military Accessions Vital to the National Interest program allowed non-resident aliens, the technical term in most cases is “illegal alien,” to enlist in the Armed Forces and go to the head of the line of a special program that allows aliens without resident status to apply for citizenship. Ostensibly, they were to fill medical specialties (?) where the US military had a critical shortage [as an aside, I don’t know how this works. Enlisted medical specialties are produced via military schools and military doctors are commissioned officers and, therefore, must be US citizens) or language skills (hopefully, English is one of them). While the administration was doing this it was forcing US citizens out of the military through a reduction in force process.

There are a lot of obvious problems with this. In order to work in a language specialty, you must have a security clearance. To get a security clearance you must be a US citizen or get a waiver. But, according to Executive Order 12968, which governs who gets access to secret information, a foreign national can never get clearance for information at a higher level than that is shared with their home nation. So a non-citizen Iranian or North Korean or Chinese or Russian or Sudan or Somalia is effectively barred from having a clearance as we don’t share classified information with those nations. This means they can’t be involved in communications intercepts or translating classified intercepts or even in prisoner interrogations. And, of course, the 800-lb gorilla in the room is the fact that they do not owe allegiance to the United States.

The shortcomings of the program have been known for a while. In September, the military started ratcheting back on accessions under this program. In July, the program was suspended. Now it looks like it may be dead and for a very good reason, we know damned little about the people we are bringing in…and we seem to be losing track of them.

Defense Department investigators have discovered “potential security risks” in a Pentagon program that has enrolled more than 10,000 foreign-born individuals into the U.S. armed forces since 2009, Fox News has learned exclusively, with sources on Capitol Hill and at the Pentagon expressing alarm over “foreign infiltration” and enrollees now unaccounted for.
…
Sources said MAVNI’s problems included a vetting backlog that led to enrollment of many soldiers prior to completion of their background checks, and an attendant “drift” in the program’s criteria, with MAVNI being used as a vehicle for the hiring of workers – like cooks, drivers and mechanics – who did not possess the specialized skills the program was created to exploit.

The title of the inspector general’s classified report – “Evaluation of Military Services’ Compliance with Military Accessions Vital to the National Interest Program Security Reviews and Monitoring Programs” – hints at the problems, with its references to “security reviews” and “monitoring” of enrolled individuals.

Some lawmakers have received classified briefings on the matter. Sources said some of the countries of origin for MAVNI enrollees are “of concern,” but as of yet there is no evidence in the public domain that ISIS, Al Qaeda, or any other terrorist groups have penetrated the MAVNI program. Still, such a development remains an active concern.

One reads this and one sees echoes of the H-1B program where a visa scheme designed to bring in highly qualified individuals to fill shortages mutated into a way for companies to eliminate higher paid US citizens and rely on what can only be called indentured servants.

There is simply no reason for this program as instituted. These troops are being slotted into non-critical specialties because they can’t qualify for a high-security clearance. The military is meeting its enlistment goals, both in quantity and quality, fairly easily. Every one of these troops that is enlisted means that a US citizen will be turned away because there is a legislative limit on how many people can be in the military. 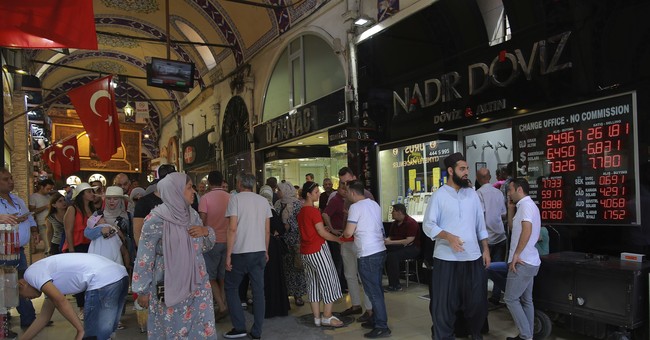 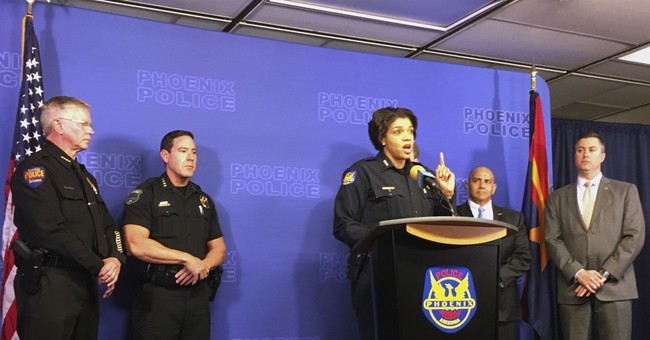 Phoenix Police Shot and Killed a White Man In May. Have You Heard About It?