Yesterday, The Hill correspondent, John Solomon, posted an extensive story on the long-standing ties between special counsel Robert Mueller and a man who should be a target in his probe, Russian oligarch Oleg Deripaska.

Deripaska appears over and over in this saga.  Deripaska was a business partner of Paul Manafort. Deripaska, or his organization, are suspected of being some of the sources for the Trump dossier compiled by Christopher Steele. Deripaska is the guy Democrat Senator Mark Warner tried to meet with in Russia. And, unlike Manafort, Deripaska was not indicted by Robert Mueller at the time when Manafort was indicted for all manner of fraudulent business practices. How, one might wonder, has Deripaska managed to be near the center of the entire Russia probe and not be touched, especially when Mueller seems more than willing to indict random Russian businesses and, I think, persons, for “meddling” in the 2016 election.

It starts with Iran.

According to the story, in 2009 Robert Mueller approached Deripaska about funding an operation to free Levinson. A short detour about how that came about. Levinson became acquainted with a reputed Russian mob figure, Boris Birshstein, who lived in Canada. When Levinson disappeared, Birshstein approached the FBI:

By mid-2008, the F.B.I. was fully engaged in the hunt. At that time, two F.B.I. agents met at a Paris hotel with a powerful new player who became secretly involved in the effort: Oleg Deripaska, one of Russia’s wealthiest businessmen.

Mr. Deripaska’s entry into the case held great promise. He headed an international mining and metals empire with business ties to Iran.

His involvement also came with a price. The State Department had refused Mr. Deripaska a visa because of allegations linking him to organized crime — accusations he has denied. But Mr. Birshtein, the Toronto businessman, had approached the F.B.I. with a plan: He would persuade Mr. Deripaska to join the search and, if they succeeded, both would get their entry problems resolved.

Mr. Deripaska said he would put up millions to fund the venture, but he insisted that his role be kept secret. However, word that big money was in play made its way to Iran. Suddenly, a man with family connections to Iran’s supreme leader, Ayatollah Ali Khamenei, insisted that he could engineer Mr. Levinson’s release for a hefty price. F.B.I. officials were so confident about the plan that they told Mrs. Levinson to stay by the phone for a call from her husband. It never came.

Back to Solomon’s story.

In 2009, when Mueller ran the FBI, the bureau asked Russian oligarch Oleg Deripaska to spend millions of his own dollars funding an FBI-supervised operation to rescue a retired FBI agent, Robert Levinson, captured in Iran while working for the CIA in 2007.

They said FBI agents courted Deripaska in 2009 in a series of secret hotel meetings in Paris; Vienna; Budapest, Hungary, and Washington. Agents persuaded the aluminum industry magnate to underwrite the mission. The Russian billionaire insisted the operation neither involve nor harm his homeland.

“We knew he was paying for his team helping us, and that probably ran into the millions,” a U.S. official involved in the operation confirmed.

Why did they enter into an agreement with Deripaska?

The FBI had three reasons for choosing Deripaska for a mission worthy of a spy novel. First, his aluminum empire had business in Iran. Second, the FBI wanted a foreigner to fund the operation because spending money in Iran might violate U.S. sanctions and other laws. Third, agents knew Deripaska had been banished since 2006 from the United States by State over reports he had ties to organized crime and other nefarious activities. He denies the allegations, and nothing was ever proven in court.

The FBI rewarded Deripaska for his help. In fall 2009, according to U.S. entry records, Deripaska visited Washington on a rare law enforcement parole visa. And since 2011, he has been granted entry at least eight times on a diplomatic passport, even though he doesn’t work for the Russian Foreign Ministry.

Of course, while seeking to avoid breaking US law, Mueller engaged in his own form of the Iran Contra affair. This looks, smells and tastes as though Mueller required Deripaska to pay $25 million in order to get occasional visas to travel to the US in contravention of sanctions. There is no doubt that Mueller violated the Anti-Deficiency Act. Mueller was not a passive recipient of an independent effort managed by Deripaska. He directed an operation funded by Deripaska. His agency did not use funds appropriated by Congress for this enterprise. You can’t do that. It also looks like Mueller was running a totally deniable operation off the books. Unless Congress was briefed on this arrangement there is a greater problem. (As an aside, lest you think this is trivial, Army recruiters have been relieved and reduced in rank for allowing spouses and significant others to function as unpaid file clerks and receptionists because this violates the Anti-Deficiency Act.)

Mueller had a possibly-illegal Antideficiency Act violation working with Russian oligarch Deripaska in 2009 to free an FBI agent held by Iran. Now Deripaska is helping Mueller make the case against Manafort.
Can't tell the colluders without a scorecard.https://t.co/mJhDyuy5EU

Needless to say, nothing came of this operation. Apparently, the Iranians were willing to release Levinson but Hillary Clinton scuttled the deals. Go figure. I guess this was just warm-up for the dead guys in Benghazi.

Manafort had extensive dealings with Deripaska. I’m not going into them beyond noting that the spin has changed recently to focusing on the suit Deripaska filed against Manafort alleging fraud. This seems to be a tactical move by persons in the investigation to inoculate Deripaska by making him a victim of the wily and unscrupulous Manafort. That is not the way the story was viewed two summers ago.

Deripaska also appears to be one of the first Russians the FBI asked for help when it began investigating the now-infamous Fusion GPS “Steele Dossier.” Waldman, his American lawyer until the sanctions hit, gave me a detailed account, some of which U.S. officials confirm separately.

Two months before Trump was elected president, Deripaska was in New York as part of Russia’s United Nations delegation when three FBI agents awakened him in his home; at least one agent had worked with Deripaska on the aborted effort to rescue Levinson. During an hour-long visit, the agents posited a theory that Trump’s campaign was secretly colluding with Russia to hijack the U.S. election.

“Deripaska laughed but realized, despite the joviality, that they were serious,” the lawyer said. “So he told them in his informed opinion the idea they were proposing was false. ‘You are trying to create something out of nothing,’ he told them.” The agents left though the FBI sought more information in 2017 from the Russian, sources tell me. Waldman declined to say if Deripaska has been in contact with the FBI since Sept, 2016.

So a guy who now looks like was involved in the development of the Trump dossier was asked by the FBI for help in vetting it? And the FBI asked Russian organized crime figure for help investigating collusion. And despite trolling Manafort’s records for any indication of fraud, there is not a mention of Deripaska–despite it being known that he’s mobbed-up up to his eyebrows–in any part of the Manafort indictment. 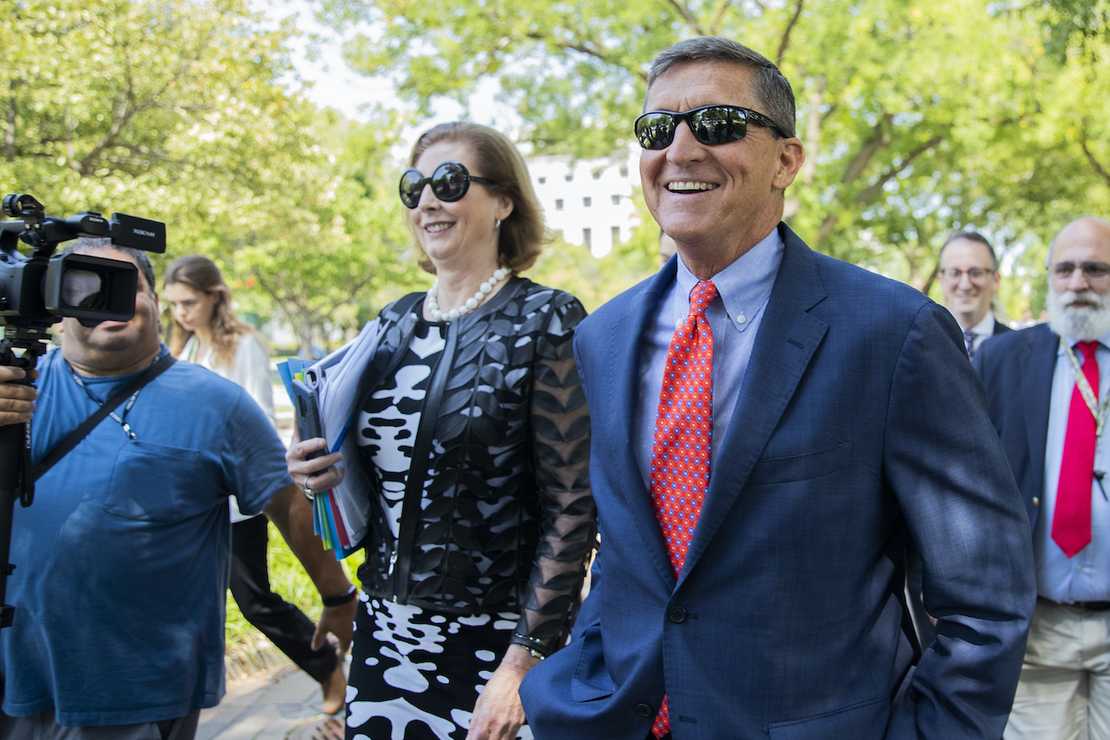