Sometime in the next couple of weeks, the Department of Justice IG, Michael Horowitz, is scheduled to release reports on how the Department of Justice and the FBI conducted the investigation of Hillary Clinton’s email and on FBI and Justice monitoring of the Trump campaign. The report is being circulated for comment–this is typically how IGs handle their reports–and hints of what it contains are beginning to leak out. From the direction of the media reports, the report will probably be ugly.

This is how the Washington Post frames the story: As Justice Dept. inspector general moves from Clinton email to Russia and Trump, he risks becoming a political weapon,

In the coming weeks, Horowitz is expected to release a nearly 500-page report criticizing the Justice Department and FBI for their handling of the Clinton email investigation, people familiar with the matter said. They, like others in this report, spoke on the condition of anonymity to speak frankly about matters they are not authorized to discuss publicly. Meanwhile, he has intensified his review of the Russia investigation, interviewing the FBI agent who once led the case and inviting him back for a second conversation, one of these people said.

Those who know Horowitz say his findings will be as nonpartisan as they are thorough. But his work is almost certain to be weaponized by President Trump against federal law enforcement, and some question whether it will quell the tension gripping Washington.
…
When conservative lawmakers clamored late last year for the appointment of a special counsel to investigate a host of their concerns, many of them related to Clinton, Attorney General Jeff Sessions pointed to Horowitz’s ongoing review of the Clinton email case. When the GOP raised concerns about a warrant to surveil former Trump campaign adviser Carter Page, Sessions said he had asked Horowitz to review the matter, and Horowitz later confirmed publicly that he would do so.

Most recently, after Trump demanded the Justice Department investigate possible political spying on his campaign, the department again turned to Horowitz, asking him to expand his review of the Page investigation to encompass the president’s request. Trump’s demand stemmed from the FBI’s use of a confidential source in the Russia investigation. The source interacted with three Trump advisers during the campaign, although it remains unclear to what extent the bureau directed those interactions.

To leaders in the Justice Department, the concession was a modest one: Horowitz’s work on the surveillance of Page might have led him to the confidential informant, who had interacted with Page. But some analysts worried it would set a dangerous precedent, as there seemed to be little reason for Horowitz to consider the use of the informant — a common FBI practice in criminal investigations.

“It tells the entire world that the president can request DOJ investigations and get them, even when there’s no apparent cause for them,” said Matt Miller, a former Justice Department spokesman who worked under Attorney General Eric H. Holder Jr. 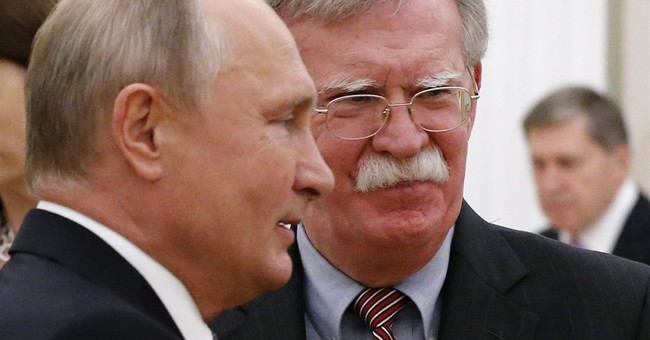