One of the scarier revelations to emerge from the Russia-collusion narrative that has been foisted upon the country is how the FBI used media accounts as evidence to obtain FISA warrants on Carter Page. Trump dossier author briefed media figures on his allegations, those figures wrote stories about his allegations. The FBI then used the media stories, which were anonymously sourced, to “corroborate” allegations made in the Trump dossier in representations to the FISA court as though they had a different genesis from the dossier. As an aside here, from what we’ve seen thus far of the operations of the FISA court, it acts very much like a grand jury in that it is a mere rubber stamp for prosecutors. The FISA court appears to reject 0.03% of all warrant applications. When this “indict a ham sandwich” methodology is applied against a member of a political campaign, the gateway to weaponizing the FBI for political espionage is wide open.

Now a new series of text messages between fired, and perhaps soon to be indicted, deputy assistant FBI director for counterintelligence Peter Strzok and his main extra-marital interest, FBI lawyer Lisa Page, documents what seems to be part of a strategy by some senior members of the FBI to fan the flames of collusion in order to damage the incoming Trump administration. This is from a letter written this week by Congressman Mark Meadows to Deputy Attorney General Rod Rosenstein:

As you may know, we recently received a new production of documents from the Department providing greater insight into FBI and DOJ activity during the 2016 election and the early stages of the Trump administration. Our review of these new documents raises grave concerns regarding an apparent systemic culture of media leaking by high-ranking officials at the FBI and DOJ related to ongoing investigations.

Review of these new documents suggests a coordinated effort on the part of the FBI and DOJ to release information in the public domain potentially harmful to President Donald Trump’s administration. For example, the following text exchange should lead a reasonable person to question whether there was a sincere desire to investigate wrongdoing or to place derogatory information in the media to justify a continued probe.

April 10, 2017: Peter Strozk contacts Lisa Page to discuss a “media leak strategy.” Specifically, the text says: “I had literally just gone to find this phone to tell you I want to talk to you about media leak strategy with DOJ before you go.”

April 12, 2017: Peter Strozk congratulates Lisa Page on a job well done while referring to two derogatory articles about Carter Page. In the text, Strzok warns Page two articles are coming out, one which is “worse” than the other about Lisa’s “namesake.” Strzok added: “Well done, Page.”

While these two text messages alone are troubling enough, events surrounding these interactions call the motives of the investigative team into question. For example, while Strzok and Page texted about media leaks on April 10-12, 2017–during the same timeframe as FBI and DOJ officials were having conversations with reporters–the Washington Post broke a story on the Carter Page FISA application on April 11, 2017, setting off a flurry of articles suggesting connections between President Trump and Russia. Other documents indicate DOJ officials, specifically Andrew Weissmann, participated in unauthorized conversations with the media during this same time period. Evidence suggests senior officials at the FBI and DOJ communicated with other news outlets beyond the Washington Post, as well.

In addition to the use of a leak of the Trump dossier to generate media coverage to corroborate the dossier, there have been enough instances of high-level leakage from within the FBI to make this story not only plausible but unsurprising. For instance, former FBI deputy director Andrew McCabe was fired, in part, for “unauthorized” leaks about the Clinton email investigation. Fired FBI director James Comey leaked classified memos to a friend for the purpose of leaking them and, in Comey’s words, to create pressure for an independent counsel. Mueller deputy Andrew Weissmann met with a gaggle of reporters one day before the AP ran a major story on Paul Manafort’s financial dealings with various figures in Ukraine. According to reports, FBI agents who attended this meeting filed a complaint against Weissmann because they feared that his background briefing may have jeopardized their investigation. And, of course, we know that dozens of FBI agents took “gifts” from reporters. 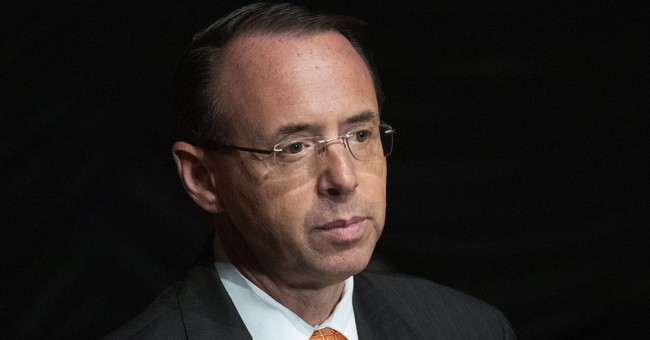 Throughout this melodrama there has been a nearly unending series of leaks of investigatory information that a) could only have come from the FBI or Justice and b) without fail served to put the screws to the administration. Rather than these being a random series of happenings, it now looks like there may be a coherent strategy associated with the leaks. If Rod Rosenstein actually cares about the integrity of Justice and the FBI, he’ll not let this drop.

Horowitz: Over 300 Bribes to FBI Agents by Journalists; Two FBI Agents Who Hated Trump Still Work for Mueller; and More

Why Did One of Mueller’s Top Deputies Meet With the Press and Why Is Department of Justice Investigating It?