Melania Trump Hammers The Telegraph In A Major Libel Case

For whatever reason, the Britsh newspaper, The Telegraph, has decided that its mission in life is to snipe at First Lady Melania Trump Back in October they ran a piece asserting that Mrs. Trump used a body double. Ridiculous on its face but made more ridiculous by the underlying requirement that the Trump White House can actually keep a secret that damages someone else in the White House.

Last weekend, the Telegraph published a story on Melania Trump. I missed it at the time, possibly because I was making coffee or something, which was apparently very unflattering. I say apparently because the article has been taken down. This from the Telegraph yesterday:

Following last Saturday’s (Jan 19) Telegraph magazine cover story “The mystery of Melania”, we have been asked to make clear that the article contained a number of false statements which we accept should not have been published. Mrs Trump’s father was not a fearsome presence and did not control the family. Mrs Trump did not leave her Design and Architecture course at University relating to the completion of an exam, as alleged in the article, but rather because she wanted to pursue a successful career as a professional model. Mrs Trump was not struggling in her modelling career before she met Mr Trump, and she did not advance in her career due to the assistance of Mr Trump.

We accept that Mrs Trump was a successful professional model in her own right before she met her husband and obtained her own modelling work without his assistance. Mrs Trump met Mr Trump in 1998, not in 1996 as stated in the article. The article also wrongly claimed that Mrs Trump’s mother, father and sister relocated to New York in 2005 to live in buildings owned by Mr Trump. They did not. The claim that Mrs Trump cried on election night is also false.

We apologise unreservedly to The First Lady and her family for any embarrassment caused by our publication of these allegations. As a mark of our regret we have agreed to pay Mrs Trump substantial damages as well as her legal costs.

Wow. This is quite a climbdown.

In the US, when journalists blatantly lie they get a cable news show and more awards than Hollywood gives itself. In the UK, they have to eat a bowl of shit and pay a lot of money. Congratulations, @FLOTUS https://t.co/8H83ZJIWqm

On the one hand I appreciate the ability our Constitution gives the press to abuse its freedom to publish. When BuzzFeed does its BuzzFeed thing or CNN does its CNN thing, the correction eventually comes and the penalty is extracted by reducing their credibility. The problem, of course, is that once you have no credibility there is no penalty for publishing whatever you wish. But I’m coming to appreciate the British take on this. It comes from a gentlemanly time when people were under social restraint to just not tell huge f***ing lies and when your public reputation was your most precious asset. Where in the US, Melania would not only have to prove that the Telegraph published false information, she would also have to prove they knew it was false when they published it. In Britain, the onus is on the publisher to show that the statement is true. On the whole, I think the Brits have a better system. I don’t think we gain anything from a system where the media is free to publish anything it wishes, even when it knows it may not be true, and there are no consequences and no recourse for the injured party. 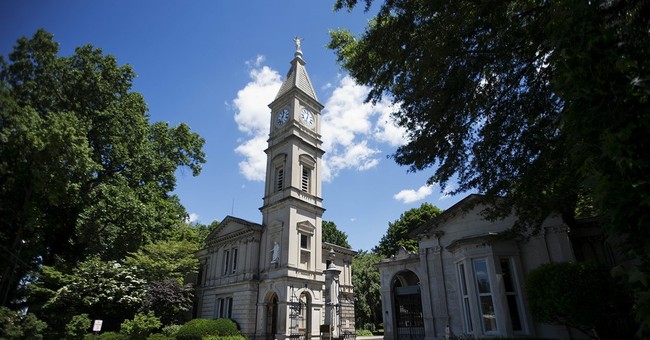 Where’s The Biblical Teaching About Entrepreneurship?