The man at Ground Zero of the Hiroshima blast zone that is the Russia hoax that fueled the Mueller investigation and the impeachment frenzy among House Democrats, former MI6 operative and FusionGPS subcontractor Christopher Steele, has been steadfast in his refusal to talk to anyone about the dossier he compiled on President Trump. Back in September, then-chairman of the Senate Judiciary Committee, Senator Charles Grassley, asked for Steele to speak to his committee. Steele refused. Just last week, Steele rebuffed a request by US Attorney for Connecticut John Durham, who is Attorney General Bill Barr’s point man on finding out how the Russia hoax got started, for an interview. Now, Steele has changed his mind.

The former MI6 agent behind the Trump dossier has agreed to be questioned by US officials over his relationship with the FBI.

Christopher Steele, 54, has agreed to meet investigators in London within weeks, according to a source close to him. Mr Trump has tweeted more than 50 times about Mr Steele, calling him a “failed spy” and accusing him of spreading fake news.

According to the report, Steele will only answer questions about the Steele dossier and will wisely be represented by counsel. 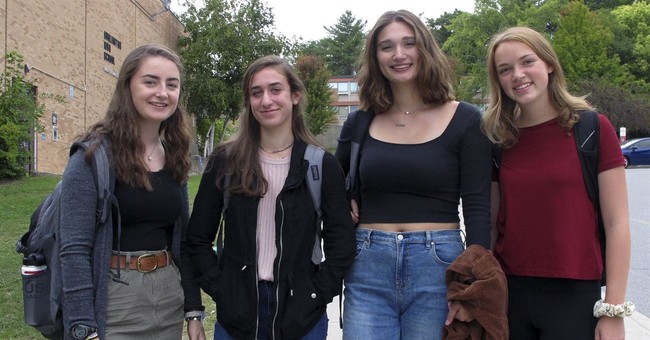 There seem to be a lot of moving parts here.

How did Steele move from a “no” last week to a “yes” today? One guess is that Durham has empaneled a grand jury and the threat of a grand jury summons hanging over his head and restricting him from visiting the US forever may have made standing firm on no untenable. The Times claims that Steele wanted to rebut some of the characterization of the dossier by the DOJ IG in public but decided not to do so. It is always possible that Steele has convinced himself that he has the wit and charm to make Durham and his team buy whatever he is selling.

Steele’s desire to limit the questioning to the dossier, itself, is also interesting. The more we’ve learned, the more it seems that MI6 was collaborating with the FBI and the CIA on some of the operations directed at members of the Trump campaign. I think Durham will be just as interested in the activities of other US agencies in the slow-rolling coup against Trump as he is in the compilation of the dossier.

The big question is the nature of this questioning. Will it be in the form of a deposition? Or before a grand jury? If it is before a grand jury then you’d better step aside because otherwise you are going to be crushed by the stampede of federal bureaucrats trying to get on the record first and cut a deal.