FILE – In this Oct. 9, 2014, file photo, Department of Corrections officials look through a window from the witness room at right, outside the newly renovated death chamber at the Oklahoma State Penitentiary in McAlester, Okla. The United States was the only country in the Americas to execute people in 2014, according to a report by Amnesty Internaitonal release don Wednesday, April 1, 2015. (AP Photo/Sue Ogrocki, File)

Attorney General Bill Barr has ordered the Federal Bureau of Prisons to set execution dates for five federal prisoners. This marks the end of a hiatus in federal executions that began after the 2003 execution of Louis Jones for the kidnapping and rape of an Army private stationed at Goodfellow AFB, TX. Via Department of Justice.

“Congress has expressly authorized the death penalty through legislation adopted by the people’s representatives in both houses of Congress and signed by the President,” Attorney General Barr said. “Under Administrations of both parties, the Department of Justice has sought the death penalty against the worst criminals, including these five murderers, each of whom was convicted by a jury of his peers after a full and fair proceeding. The Justice Department upholds the rule of law—and we owe it to the victims and their families to carry forward the sentence imposed by our justice system.”

There are 62 people currently on the federal death row at Terre Hause, IN. Sixty-one men and one woman. The longest resident is Corey Johnson who was sentenced to death in 1993 for a series of drug-related killings. As part of the announcement, Barr named the specific cases that were to move forward.

Daniel Lewis Lee, a member of a white supremacist group, murdered a family of three, including an eight-year-old girl. After robbing and shooting the victims with a stun gun, Lee covered their heads with plastic bags, sealed the bags with duct tape, weighed down each victim with rocks, and threw the family of three into the Illinois bayou. On May 4, 1999, a jury in the U.S. District Court for the Eastern District of Arkansas found Lee guilty of numerous offenses, including three counts of murder in aid of racketeering, and he was sentenced to death. Lee’s execution is scheduled to occur on Dec. 9, 2019.

Lezmond Mitchell stabbed to death a 63-year-old grandmother and forced her nine-year-old granddaughter to sit beside her lifeless body for a 30 to 40-mile drive. Mitchell then slit the girl’s throat twice, crushed her head with 20-pound rocks, and severed and buried both victims’ heads and hands. On May 8, 2003, a jury in the U.S. District Court for the District of Arizona found Mitchell guilty of numerous offenses, including first degree murder, felony murder, and carjacking resulting in murder, and he was sentenced to death. Mitchell’s execution is scheduled to occur on Dec. 11, 2019.

Wesley Ira Purkey violently raped and murdered a 16-year-old girl, and then dismembered, burned, and dumped the young girl’s body in a septic pond. He also was convicted in state court for using a claw hammer to bludgeon to death an 80-year-old woman who suffered from polio and walked with a cane. On Nov. 5, 2003, a jury in the U.S. District Court for the Western District of Missouri found Purkey guilty of kidnapping a child resulting in the child’s death, and he was sentenced to death. Purkey’s execution is scheduled to occur on Dec. 13, 2019.

Alfred Bourgeois physically and emotionally tortured, sexually molested, and then beat to death his two-and-a-half-year-old daughter. On March 16, 2004, a jury in the U.S. District Court for the Southern District of Texas found Bourgeois guilty of multiple offenses, including murder, and he was sentenced to death. Bourgeois’ execution is scheduled to occur on Jan. 13, 2020.

Dustin Lee Honken shot and killed five people—two men who planned to testify against him and a single, working mother and her ten-year-old and six-year-old daughters. On Oct. 14, 2004, a jury in the U.S. District Court for the Northern District of Iowa found Honken guilty of numerous offenses, including five counts of murder during the course of a continuing criminal enterprise, and he was sentenced to death. Honken’s execution is scheduled to occur on Jan. 15, 2020.

The cases on this list, going by the date of the official year of sentencing are Purkey (1998), Lee (2002), Mitchell (2003), Bourgeois (2004), and Honken (2004) (I’m using the DPIC information which is a bit different from the DOJ data). There are seven convicts who have been on federal death row longer that the first one on this list. 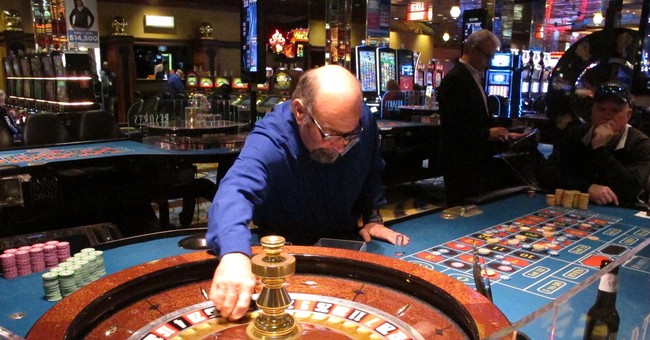 While I’m assuming that these cases have received the most complete judicial review one can help but notice that there is an ethnic balance of sorts. The ethnic make up of death row is 27 whites, 26 blacks, 7 Hipanics, 1 Asian and 1 American Indian. The cases pulled are those of three whites, one black, and one American Indian. The commonality linking them that all murdered children. One of the cases is a soldier in a white supremacist group based in, you guessed it, Arkansas. All of the cases seem pretty open and shut…no shakey forensic work…and none of the defendants are all that likely to garner much sympathy.

On a personal note, I have grave concerns about the death penalty. I’ve not reached the stage of being an abolitionist but given the way in which we administer it, I have doubts that it does much of anything other than prevent some recidivism. But, if the law is on the books it needs to be enforced. While I’m not crazy about the death penalty I do applaud Barr for ensuring the laws are faithfully executed.