Vice President Mike Pence and his wife, Karen, stand during the playing of the national anthem before an NFL football game between the Indianapolis Colts and the San Francisco 49ers, Sunday, Oct. 8, 2017, in Indianapolis. (AP Photo/Michael Conroy)

We’ve entered an era where there is literally no allegation that will not be publicized by our media if they perceive it will damage President Trump, or the GOP, or any GOP politician, or any any small “o” orthodox religious or cultural institution.

If you’ll recall, earlier in the year, Karen Pence came under fire for taking a minor part-time job teaching at the Immanuel Christian School in Springfield, VA. The reason was that the school had an employee code of conduct that required them to live their lives outside their employment within certain boundaries:

I will strive to live a personal life of moral purity that is separated from the world according to Scriptures, as defined by the Statement of Faith of Immanuel Bible Church and agreed upon by the Elders and Pastors of Immanuel Bible Church. I understand that the term “marriage” has only one meaning; the uniting of one man and one woman in a single, exclusive covenant union as delineated in Scripture and that God intends sexual intimacy to occur only between a man and a woman who are married to each other and that God has commanded that no intimate sexual activity is engaged in outside of marriage between a man and a woman. Further, I will maintain a lifestyle based on biblical standards of moral conduct. Moral misconduct which violates the bona fide occupational qualifications for employees includes, but is not limited to, such behaviors as the following: heterosexual activity outside of marriage (e.g., premarital sex, cohabitation, extramarital sex), homosexual or lesbian sexual activity, polygamy, transgender identity, any other violation of the unique roles of male and female, sexual harassment, use or viewing of pornographic material or websites, and sexual abuse or improprieties toward minors as defined by Scripture and federal or state law. Further, I am not, nor have been in the past, engaged in inappropriate conduct toward minors, nor do I have inclinations toward such conduct. Persons so involved or who condone such behaviors cannot be employees of Immanuel Christian School.

It should not be a shocker to anyone who pays any attention whatsoever. There is a theological concept called “scandal” which means that when you have people in positions of authority in a religious institution, their personal bad behavior differs from the bad behavior of people in the pews because it can cause others to either fall away from the Faith or cause them to think it is okay. So you really can’t have ‘marriage is between one man and one woman’ being taught in school where everyone knows Bruce and Steve, who are teachers or administrators, are in a homosexual relationship.

But having a code of conduct and having an association with Karen Pence was obviously going to make the school a target. And it happened last week: Boys Pin Down Black Classmate, Cut Her Dreadlocks at Virginia School, She Says.

Three sixth-grade boys at a Christian school in Northern Virginia pinned down a black classmate and cut off some of her dreadlocks while telling her her hair was “nappy” and “ugly,” she told News4.

“They said my hair was nappy and I was ugly,” she said.

Amari’s grandmother, Cynthia Allen, was stricken as she spoke about the ambush.

“It was like she just died. That’s how painful it was for me,” she said.

“My heart just broke,” he said. “I was just paralyzed. I couldn’t get myself together.”

But on Monday, she was at recess and about to go down a slide when one of the boys grabbed her and put a hand over her mouth. Another boy grabbed her arms. A third boy cut off some of her hair.

“They put their hands over my mouth. They put my hands behind my back. And they started cutting my hair and saying it was ugly,” Amari said.

The bell rang and the boys ran off laughing.

Of course this was picked up nationwide as an example of what kind of awful racist people those Christian motherf***ers are and what kind of evil racist Karen Pence must be for associating with them.

You are beautiful, Amari Allen. You are courageous & strong. You are loved.

You see, Amari, you may not feel it now, but you have a power that threatens their core. I can't wait to watch you use it and thrive.

No investigation. Nothing. Just an allegation and nationwide coverage of an incident simply because it was thought to be damaging to Karen Pence and to a private Christian school. Now the story has changed.

The girl's family has also issued a statement apologizing to the boys who were accused and admitting that the charges by the girl were false.

The sixth-grade girl at a private Virginia school who accused three classmates last week of forcibly cutting her hair now says the allegations were false, according to statements from the girl’s family and the principal at Immanuel Christian School in Springfield. School officials met with the girl and her family Monday morning before releasing the statement.

The 12-year-old, who is African American, said three white boy students held her down in a school playground a week ago during recess, covered her mouth, called her insulting names and used scissors to cut her hair.

The grandparents of the girl, who are her legal guardians, released an apology Monday.

“To those young boys and their parents, we sincerely apologize for the pain and anxiety these allegations have caused,” the grandparents wrote in a statement sent to The Washington Post by the school. “To the administrators and families of Immanuel Christian School, we are sorry for the damage this incident has done to trust within the school family and the undue scorn it has brought to the school. To the broader community, who rallied in such passionate support for our daughter, we apologize for betraying your trust.”

“We understand there will be consequences and we’re prepared to take responsibility for them,” the statement continued. “We know that it will take time to heal, and we hope and pray that the boys, their families, the school and the broader community will be able to forgive us in time.”

The school’s principal, Stephen Danish, also issued a statement and sent an email to parents and community members.

“We can now confirm that the student who accused three of her classmates of assault has acknowledged that the allegations were false. We’re grateful to the Fairfax County Police Department for their diligent work to investigate these allegations,” Danish wrote. “While we are relieved to hear the truth and bring the events of the past few days to a close, we also feel tremendous pain for the victims and the hurt on both sides of this conflict. We recognize that we now enter what will be a long season of healing.”

I have no idea why the girl did this. My guess would be that there is some underlying conflict between her and the three boys. The initial report indicated that she’d tried to hid the haircutting from her grandparents and one wonders if she’d simply tired of her braids and took matters into her own hands.

Her grandparents did the right thing in issuing the apology. It was an act of courage and devotion to the truth when the easiest course would have been to dig in. The bigger question remains for the people who immediately jumped on the the racist-Christian bandwagon. How long will we have to wait before we get retractions and apologies? I’m guessing never. Need a reminder that 'Dems give really terrible coronavirus advice'? This oughta do it! [video] 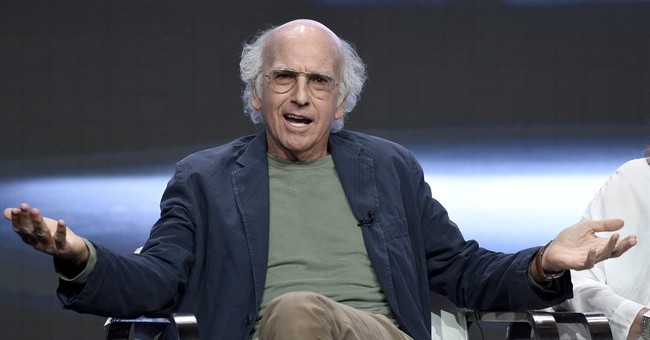