I really doubt you’re going to enjoy reading this as much as I enjoyed writing this headline.

This is the story: A 24-year-old ex-Marine who is a bodybuilder is going to claim he was banging Elizabeth Warren for “several months.” I’m assuming he is deaf-blind and has learned how to suppress the gag reflex.

All of this is totally tongue-in-cheek…the face cheek not the other cheek, ugh, you people appall me at times…because Jack Burkman and Jacob Wohl are grifters and fraudsters. (Wohl is currently under federal indictment for securities fraud). They were the two brainiacs behind the press conference that accused Robert Mueller of sexual harassment — only to have the accuser not show — and they masterminded the sexual assault allegation against Pete Buttigieg that ended when the accuser confessed he was being paid.

This is the kind of cheap chickensh** that you’d expect from a CNN employee. What is unclear is what they think they are accomplishing with this nonsense.

Look, I get that this is BS and the "decorated, former U.S. Marine" will mysteriously cancel on the event, but Elizabeth Warren being a voracious cougar who hooks up with 24-year-old bodybuilders would make me want to vote for her pic.twitter.com/P6lOdAFxwt

I'm familiar with Jacob Wohl and Jack Burkman's tactics. I'm also familiar with the sexist double standards used against powerful woman running for office. But I have to say, I never saw this one coming.

On a serious note, I don't think a Marine could handle Elizabeth Warren. pic.twitter.com/H8LDucD2ON

Congrats to Elizabeth Warren on rising so quickly in the polls she forced Jacob Wohl to write erotica about her. pic.twitter.com/w73YkrEbu2 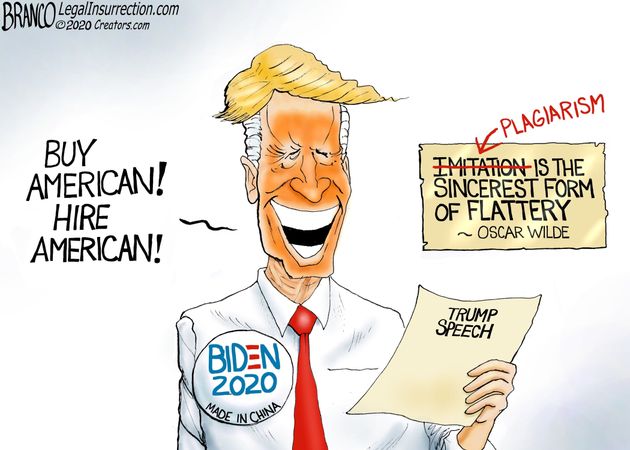