When Lisa Page decided to go public with her sob story to try to get out in front of what will be a devastating portrayal of her behavior by the Department of Justice IG, she naturally blamed Trump:

“Honestly, his demeaning fake orgasm was really the straw that broke the camel’s back,” she says. The president called out her name as he acted out an orgasm in front of thousands of people at a Minneapolis rally on Oct. 11.

Some folks have doubted that Trump was actually mimicking an orgasm. But True Conservatives® pounced claiming that anyone who claims that Trump wasn’t doing that is being dishonest.

Over the weekend, I saw several pro-Trump commentators (you know who you are) claim that this never happened. Whatever you think of Page, Trump did it.

This is a video clip from the rally in question:

All I can say is that if Lisa Page or any of her White Knights think that what Trump does here sounds like an orgasm, they’ve definitely had some very unsatisfactory experiences.

Not only does this not sound like, at least in my experience, some guy in the throes of ecstasy…maybe FBI guys and liberals are low energy or something…it definitely doesn’t appear that Trump is imitating anything for the benefit of the crowd. Seriously, when was the last time Trump did anything that was studiously understated? If he was truly mimicking an orgasm, I don’t think it would be open to debate. I think it is safe to say that the parody would have been over the top and unmistakable. In fact, it actually sounds like something much different and much closer to the imagery produced by the text messages between Page and her adulterous paramour, Peter Strzok:

I literally did not get that reading at all. Sounded like a dramatization of sappy, breathless lovers eager to take down the President. And you know what? Frankly, what Lisa Page and Peter Strzok did *was* ridiculous. https://t.co/WzbSTybOvV

Erielle is not alone, quite a few people who are not Trump-friendly also weighed in:

I just watched this, and I'm certainly not a "pro-Trump commentator," but I do not think this is surely a "fake orgasm," that seems like quite a stretch to me.

It really just seems like he's mocking them in typical Trumpian fashion / tone of voice.

Looking at the whole episode we know that none of the True Conservatives® complaining about this now did so in October. In fact, the only outlets at the time to attribute sexual innuendo to what Trump said were fringe-left (but I repeat myself) sites. It defies imagination to think that this would not have been in Politico or the Washington Post if normal people had thought Trump was imitating adulterous rutting onstage. This nothingburger is an issue today because Lisa Page gets her information from those fringe outlets and people who hate Trump simply have to join in whatever feeding frenzy of Trump hate that is the flavor of the day.

The statement by Page might very well be sincere but it smells like someone trying to avoid the consequences of her actions by jumping on the #MeToo bandwagon. The rest of these people are just engaged in bad faith posturing and virtue signaling…or maybe exhibiting their own ignorance. 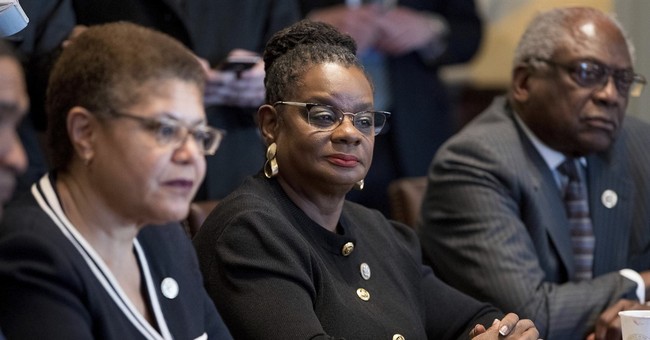 By Their Red Stars You’ll Know Them