Is Fusion GPS Trying to Sell Their Patented Russia Hoax Product in the UK a Legal Defense Strategy?

FILE – In this Nov. 14, 2017, file photo, Glenn R. Simpson, co-founder of the research firm Fusion GPS, arrives for a scheduled appearance before a closed House Intelligence Committee hearing on Capitol Hill in Washington. A congressional committee has released a transcript of a private interview with Simpson, the co-founder of the political opposition research firm that commissioned a dossier of allegations involving President Donald Trump’s ties to Russia. (AP Photo/Pablo Martinez Monsivais, File)

Last night, British Prime Minister Boris Johnson’s Conservative Party curb-stomped the antisemitic socialists of the Labor Party and paved the way for the will of the British people, as voiced in the Brexit referendum, to be carried out. Ordinarily, the story here would be how an elitist and privileged minority worked to strip away even a modicum of agency from working-class and middle-class Britons who wanted out of the Third World sh** hole that the EU is rapidly becoming. But if you were Fusion GPS, your first inclination would be to try to pull the same scam on credulous British socialists that you pulled on the American left: blame Russia for fun and profit. Fusion GPS honchos Glenn Simpson and Peter Fritsch actually had this op-ed published in the leftwing Guardian today: Britain needs its own Mueller report on Russian ‘interference’.

The British political system has become thoroughly compromised by Russian influence. It’s high time its institutions – including the media – woke up to that fact. In 2016, both the United Kingdom and the United States were the targets of Russian efforts to swing their votes. The aim was to weaken the alliances that had constrained Vladimir Putin’s ambitions, such as the European Union and Nato.

The efforts in both countries had much in common. They were aided by a transatlantic cast of characters loosely organised around the Trump and Brexit campaigns. Many of them worked in concert and interacted with Russians close to the Kremlin. The outcome in both countries was also eerily similar. Both countries have been at war with themselves in the three years since, pulling them back from the international stage at a time when Putin has consolidated his position in Crimea, Ukraine, Syria and beyond.

Our Washington-based research firm, Fusion GPS, conducted much of the early investigations into Russia’s support of the Trump campaign, aided by our colleague Christopher Steele, the former head of MI6’s Russia desk. While our initial focus was on Russian meddling in US politics, it has since become increasingly clear that Britain’s political system has also been deeply affected by Russian influence operations.

To be clear, Fusion GPS’s efforts were a horror show of schlockery and outright balderdash. Nothing, I say again, nothing Christopher Steele came up with was anything more than NeverTrump fantasies or a regurgitation of extant newspaper reports. According to the Department of Justice IG, Steele’s own primary source laughed about the lack of credibility of many of the reports. But, through the close coordination of Fusion GPS with the FBI and the Department of Justice, the utter bullsh** in Steele’s report was fashioned into a plausible cause to investigate the Trump campaign. In addition to selling nonsense to a credulous FBI, Simpson seems to have been actively involved in creating some facts himself. The famed meeting at Trump Tower that caused so many erotic dreams for NeverTrumpers was facilitated by Simpson and two of the participants, the Russian lawyer Natalia Veselnitskaya and former Russian KGB goon Rinat Akhmetshin, had business connections with Simpson. 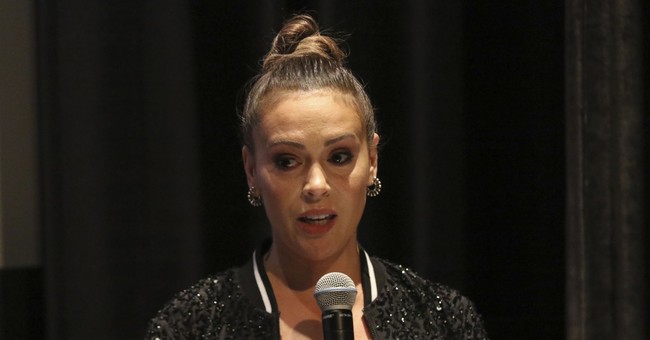 One has to give Simpson credit for chutzpah and trying to gut his way out of a very bad situation. While Simpson refused to cooperate with DOJ IG Michael Horowitz, he does not have that option in dealing with the man doing the criminal investigation, US Attorney for Connecticut John Durham. In fact, one can see a plaintive quality in this pathetic piece of garbage. It is as though Simpson and Fritsch know that the only way to keep from being jerked through a very small knothole by a federal prosecutor is to convince him that they were unknowing dupes. That they believed deeply in Steele and in the chimera of Russian manipulation of the 2016 election. And that only by pleading to being terminally feckless and credulous will they be able to avoid a severe reckoning for their part in trying to pull off a coup against a US president.

HOLY SHIT THIS IS SHAMELESS: Fusion GPS offering its Russia Conspiracy services to the Labour Party on the night of their epic loss. Hey, it’s worked out for the Democrats. https://t.co/svgMP4obya

There is now a built-in fantasy that allows the left to never have to accept the results of any election. https://t.co/3Z1XAns3ji