Conservative frustration with DoJ’s inaction on high-profile criminal referral for James Comey and now Andrew McCabe continues to build while the Democrat-media complex is orchestrating a campaign to force the resignation of Attorney General Bill Barr. Some of the whys and wherefores about DoJ’s failure to proceed in the McCabe case were discussed in a Fox News interview with Tom Fitton, President of Judicial Watch, and Bob Driscoll, former Deputy Assistant Attorney General and Chief of Staff, Civil Rights Division, US Dept of Justice, on Friday night.

Jason Chaffetz was filling in for Laura Ingraham and conducted the Q&A as follows:

Chaffetz: It does feel like to people … when are we actually going to prosecute somebody who admits to lying to federal officer? And as the former acting director of the FBI this guy knew better.

Driscoll: He did, and he admitted that he wasn’t truthful with investigators from the IG’s office and internally at the DoJ. This is a great example of why Bill Barr is right to take a close look at these things and to be involved. If you’re going to take the political heat for these decisions one way or the other … and that’s the whole point … the Attorney General works for the President … the Attorney General runs the Department of Justice … they all report to him. And so you make these calls. Some of them from the outside appear to be questionable … but McCabe … it’s amazing. It looks like the talking points didn’t change when the charges were dropped. After the charges were dropped, they were the same talking points [that would have been made] if he would have been indicted. He actually got a fair shot, but that doesn’t stop him from complaining that somehow the system was unfair when they didn’t even bring charges when he admitted that he lied to investigators.

Chaffetz: You’re the president of Judicial Watch. You’ve been watching the Justice Department. Is there going to be a two-tiered system, or are we actually going to have justice here?

Fitton: In my view, past experience is an indication of what is going to happen. Comey was referred to the Justice Dept under AG Barr for prosecution for leaking the President’s FBI files, lying about it … including classified information. They refused to proceed. You have the significant criminal activity by the deputy FBI director referred by the IG to the Attorney General, and they refused to proceed. I’m hopeful that [Barr] tries to get control of the Justice Dept. Judicial Watch is facing opposition from the Justice Dept in getting accountability even through the simple FOIA process. It’s troubling, and the Attorney General has got to understand that it ain’t regular business at the Justice Dept. This week began with a slap at the Attorney General, and attack on the President through this abuse of Stone, and it ended with another slap and attack at the President and Attorney General. And if he thinks he’s being well-served by the careerists around him, he needs to take another look at who’s advising him because these folks pretend to be nonpartisan. The Justice Dept is full of Democrat activist lawyers pretending to be career civil servants who are pursuing an agenda. There are thousands of Vindmans, thousands of James Comeys, and they’re not working for the American people.

Chaffetz: There are 110,000 people at the Justice Dept. This is why it’s concerning. When former acting AG Sally Yates signed one of the fraudulent FISA warrants against Carter Page, and now she’s writing stuff like this for the Washington Post: “DoJ independence is essential to our nation’s promise of impartial justice. It is not a tool for POTUS to use for retribution or camouflage.” This is Sally Yates; she was in a responsible position. But, the president of the United States is still the constitutional officer in charge of the executive branch.

Driscoll: It’s also the high irony for her to make that statement when she was involved at the tail end of the Obama Administration as a holdover to Trump trying to approve some of the things that went on, working with Brennan and others in order to get the whole Russia collusion story started. So she’s not the right person to be making that statement. But the reality is that these people are constitutional officers of the United States. The Attorney General works for the President, and he controls the dept. And that’s the thing. You look at all these cases. The voters will hold the President and the Attorney General accountable for what happens, and they have every right to be involved at a broad level to make sure that things are done appropriately.

Chaffetz: Because they can’t be out there rogue. And you mentioned Brennan, and I think one of the people that Durham is actually looking at because it goes above and beyond outside of this … is what Brennan has said previously: “I think it’s kind of silly … I’m certainly willing to talk to Mr. Durham or anybody else who has any questions about what we did during this period of time during 2016. I have not talked to him yet … Clearly, I think it’s another indication that Donald Trump is using the Dept of Justice to go after his enemies in any way that he can.”

Fitton: I think they’re all very nervous about the possibility of prosecutions. I’m not seeing evidence that they should be nervous. Durham is doing a glorified IG investigation, and Brennan’s kind of right. He’s asking questions about his decision-making about how to employ intelligence assets. He ain’t gonna be prosecuted over that. He might be criticized in a report, so I’m not seeing indications … I’m not seeing any indications [of what a real criminal investigation looks like] out of this Justice Dept. The worst corruption scandal in American history … illegal spying on a sitting president … The President is right to be frustrated. He should be tweeting more and directing the Justice Dept more on this. I’d appoint a special counsel directly if I were him. The Justice Dept is incapable of doing this [criminal investigations of Deep State bureaucrats] under these present circumstances.

Chaffetz: Well, I think part of the concern here is that you may not win the case, but at least make the case. And that’s been my frustration at the Dept of Justice. If you see wrongdoing … even in the [House] Oversight Committee when I was the chairman, we’d make criminal referrals that would be bipartisan, and the DoJ still wouldn’t go after one of their own. My belief level in AG Barr is still off the charts, and I think these people still have a lot to worry about because I do believe that Durham is a strong prosecutor.

End of the Q&A. It is entirely clear that the Dept of Justice remains a Deep State sanctuary for Democrat lawyers. The recent letter from 1,140 former Justice Dept lawyers demanding AG Barr’s resignation was really nothing more than a “call-to-arms” by those Democrat hack lawyers outside the agency to their Democrat brethren still at DoJ to essentially continue supporting the resistance to President Trump and AG Barr on all fronts.

These people need to be rooted out and cashiered for disobeying their oaths, for starters. And that list of 1,140 Democrat hack lawyers should never again work for the federal government in any legal capacity. 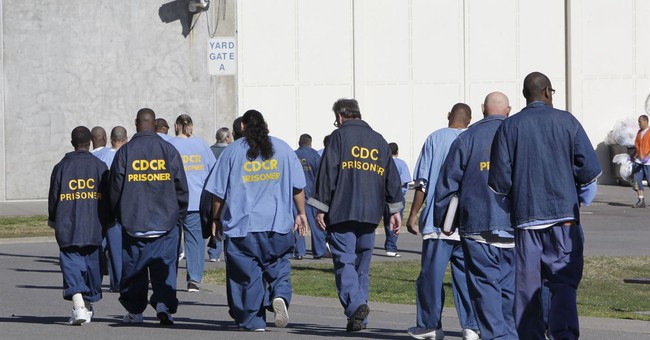