If anything positive comes out of the Wuhan crisis, it may be associated with the demise of global supply chains, the US dependency on China for critical products like pharmaceuticals, and perhaps even the death of globalism itself. Many are speculating toward that end, especially as Americans are recognizing during this crisis that 90% of the active ingredient used by US drugmakers are manufactured in Communist China. For example, an editorial in the NY Post on 7 March recommends restoring US pharmaceutical manufacturing capabilities by investing in Puerto Rico, which would also help restore the devastated Puerto Rican economy.

Others are reexamining the supposed benefits of globalism, as discussed here:

The national security predicament the United States finds itself in has deeply entrenched ideological roots. Until the Trump Administration confronted China, multiple U.S. administrations had fundamentally misread the pathway the People’s Republic of China (PRC) would follow as it used access to Western markets and technology to modernize its economy. Today we have been forced to address the consequences of three decades of massive wealth and knowledge transfers to a power that—left unchecked—could bring about a fundamental structural shift in the international system.

Over the past three decades globalist ideology has fueled the greatest centralization of market and supply chains to date, creating a system in which a single point of failure can disrupt the manufacturing of consumer goods. Apple’s recent difficulties with Foxconn and iPhone manufacturing are just the tip of the iceberg. China accounts for the vast majority of production of rare earth elements, which are vital to consumer electronics. Eighty percent of key ingredients for U.S. brand-name and generic drugs come from abroad, mostly from India and China.

The greatest risk in the current stage of U.S.-Sino competition is not the larger structural inevitability of conflict between a rising and declining power—the much-discussed “Thucydides’s trap” from Graham Allison’s bestselling book—but rather the more urgent and potentially dangerous driver of China’s growing ability to penetrate and shape the U.S. economy, financial and digital spaces, and, by extension, political processes.

[T]he United States [has] no alternative but to make an effort to disconnect our supply chain from China’s, while at the same time developing regional networks as alternatives to the current model.

The bad news is that decoupling the U.S. economy from China’s may cause short-term pain. The good news is that the United States has alternatives when it comes to the labor market and natural resources, both domestically and across the Western hemisphere.

Dr. Michael Pillsbury (Director for Chinese Strategy at the Hudson Institute) is an expert on China and has been warning about the rise of China and the threat to the US for decades. He was interviewed by Shannon Bream last week and elaborated on the problem of global supply chains and our dependency on the Chinese, as well as what the Chinese long-term goals are. Here is some of the Q&A:

Bream: You tweeted earlier and linked to this article out of China Daily that talks about [the fact that] the Chinese are now willing to work with the US and other place when it comes to vaccines. [Here is what you tweeted]: “Teamwork underway to develop vaccine in China with American partners – ‘9 ongoing research projects on vaccine development – some will enter clinical trials in April. 3 types of vaccines that include inactivated, nucleic acid-based and vector vaccines.’” A quote from one of the Chinese officials: “It is now more important than ever for the international community to strengthen scientific operation and share our knowledge with other countries.” Are you surprised by that?

Pillsbury: I was very surprised. They revealed these three field trials that they’re working on – three different kinds of vaccines with American companies as their partners in each case. They’re also working on testing the drug that the FDA hasn’t approved yet in the US, but they say that they’re testing 250 Chinese to see how much it tamps down the virus. This whole thing is part of what President Trump has been successful at the last three years – trying to balance this Chinese nationalism, the hard-line attacks on us, trying to undermine us around the world with their disinformation campaign. On the other hand, they hold out lots of really helpful things … very helpful information … basically hinting that they could be our partner if we would just ease off on the trade talks. So the President has to balance these two sides of the equation.

Bream: There has been a lot of talk about the supply chain issues with China – our reliance on them not only for drugs, but all kinds of other things that they manufacture in China. It’s cheaper there. The rules are different there. Ben Shapiro writes this: “The solution to vulnerable supply chains running through authoritarian is, first, for Western countries to consider security threats when formulating trade politcy, and second, for companies to harden their supply chains by diversifying those chains even further … We should remember that crises exacerbate underlying issues; they rarely create them.” So how did we get to this place where we now have a global pandemic, and we’re dependent on China for certain things?

Pillsbury: One thing that the President has said that the Chinese admire. He said this is not the fault of China. He doesn’t blame the Chinese for trying to become the number one power in the world. He blames previous American presidents for letting this happen. Some of this supply chain dependency goes back more than 20 years. It’s worse than that. We have shared all of our scientific discoveries … our lot of our new technology … with China for free by written agreement for more than 30 years. President Trump is trying to cut this back and review it, but this problem has gone on for three decades now. The big news now is the number of Americans like Senator Marco Rubio and others who are waking up and saying, “My God, this is outrageous.” But we’re way behind. They’re almost our equal economically. They make scientific discoveries now that we wonder why we’re not doing that. And frankly, this year they’re going to launch almost twice as many satellites as we will. So they’re pulling ahead in a lot of categories. I think President Trump is right; this has to do with previous American presidents tolerating it or just plain not knowing.

Bream: The fact that we have a business model that seems at this point … I’m told that the number is as high as 80% of pharmaceuticals – or portions of our pharmaceuticals – that are actually manufactured or controlled by or have to come through China, will there be long-term changes because of COVID-19. How would we do that? Is it possible at this point?

Pillsbury: There has been some legislation already introduced to try to reduce our dependency … not just on pharmaceuticals … there’s quite a few areas that we have by negligence and letting companies make their own decisions … we’ve outsourced a large part of our manufacturing base to China. We also shared innovation ideas with them. We’ve signed agreements where we have to do this unless the agreements are changed. Frankly, their technology theft also has been very focused on our technology innovation areas. They know what they’re doing; this isn’t just random theft of ideas. They’re trying to become number one in field by field, and they’ve gotten pretty far already. So Congress has a huge role to play here.

End of the Q&A. Dr. Pillsbury is absolutely right that America was sold down the river by politicians who genuflected to the false god of globalism for the last thirty or more years. He was also correct in stating that President Trump is the first US president to recognize the Chinese threat and to push back, as noted here:

Donald Trump has been insisting for years that our country has been too economically dependent on China, so it is sad that it took a global public health crisis to prove he was right all this time. When he began imposing strategic tariffs on China in response to its long history of abusive trade practices, the liberals all of a sudden became free trade fundamentalists, predicting that this new “trade war” would harm the American economy because we have relied so heavily on cheap Chinese imports for so many years. Instead, it was the Chinese economy that took a hard hit, while our economy at home surged to its strongest performance in half a century.

The reason for disengaging from China in the first place was to protect American workers and businesses. While the coronavirus could not have been predicted, there is always a significant risk from overdependence on any single country, especially an authoritarian one that will routinely break the rules in its quest to get ahead. The coronavirus merely happened to be the crisis that demonstrated once and for all why the “free trade” status quo that was rooted in past decades was so dangerous to our country.

Trump just has a well-crafted policy agenda that is equally well suited to protecting our country from the coronavirus as it is to creating a strong and growing economy that generates lasting and broad prosperity that reaches all American individuals and families.

Decoupling the US economy from China is becoming a priority. The Wuhan virus has shown us one vulnerability; there are many more. We need to decouple from China in every strategic area, from pharmaceuticals to military and space hardware. Better yet, decouple and bring some of that manufacturing and production capacity back to the US and watch the economic growth spurt that will result. 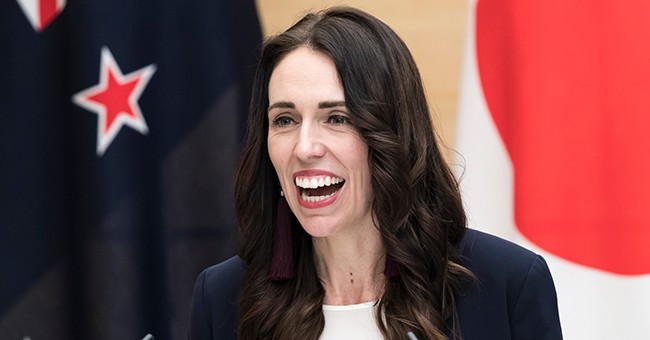