As our Jay Caruso pointed out, Trump has nobody to blame for his problems, except himself. James Comey, the media, NeverTrump… just scapegoats.

A big part of Trump’s problem (besides his being utterly incompetent and unprepared for the rigors of the presidency, that is) is his compulsive tweeting.

I’m not just saying that. Members of his own staff have taken notice, and according to a new report, they took steps to try and do something about it.

The Washington Examiner is reporting that several weeks ago, members of Trump’s staff sat him down and attempted a Twitter intervention.

The staffers staged a sit-down “intervention” in which they tried to reason with Trump to exercise restraint when it came to responding to accusations.

Among Trump’s most troubling Twitter rants, aides were most concerned with his March claim that former President Barack Obama had wiretapped his campaign’s Manhattan office last year.

And keep in mind that this was before the whole incident with his firing James Comey and then the sharing of classified intelligence with Russian officials in the Oval Office – a meeting where U.S. media were shut out, but Russian media were allowed in.

Trump used Twitter to undercut his own spokesmen after both of these concerning incidents.

Those staffers who sat him down tried to explain to him that Twitter was going to write a check his butt couldn’t cash.

Trump, known for not liking criticism, may be looking to get some new faces in the White House communications office in light of the Twitter feedback. Former campaign associates David Bossie, Anthony Scaramucci, Corey Lewandowski and Jason Miller were all spotted at the White House earlier this week.

Is he looking for more Yes-men, who won’t challenge his bad decisions?

Then there’s Trump, so whatever happens to him, he went on an active search for it. 'So hilarious': Video shows an enthusiastic crowd greeting Biden when he arrived in Michigan (unfortunately for Team Joe they were Trump supporters) 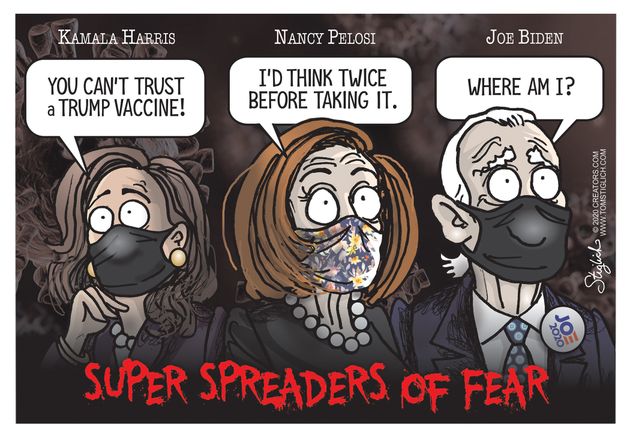