President Trump’s conflicts of interest have been a hot button issue since before he took office, and they’re not cooling down, any time soon.

On Wednesday morning, nearly 200 congressional Democrats filed a lawsuit against Trump, citing the emoluments clause, and the likelihood that Trump’s businesses are collecting payments from foreign governments, illegally.

Senator Richard Blumenthal and Rep. John Conyers Jr. are heading up the lawsuit, and are asking a federal judge to compel Trump to come before Congress to get those business arrangements approved.

This is all part of the larger effort to get Trump to release his tax returns – something he has refused to do, making him the first president to reveal his financial dealings in over 40 years.

“Defendant’s refusal to disclose to Congress the foreign emoluments he wishes to accept makes it impossible for Plaintiffs to judge whether any specific foreign emolument should be approved,” they say in their complaint, filed in U.S. District Court in Washington, D.C. “Defendant has therefore denied Plaintiffs the opportunity to decide, on a case-by-case basis, whether to authorize his acceptance of particular emoluments from foreign states. The Constitution expressly demands that Plaintiffs be given that opportunity.”

The lawsuit runs to 54 pages. The list of 30 senators and 166 House members who joined the suit took up 17 of those pages.

Trump has refused to divest himself of ownership in those businesses, stating that there was no need. Instead, he turned the operations over to his children, doubled the membership fee at his clubs, like Mar-a-Lago, and promised to donate profits from foreign patrons over to the Treasury Department.

That hasn’t actually happened, but, still.

Trump Has Another Triumph Over Democrats After an Already Amazing Week 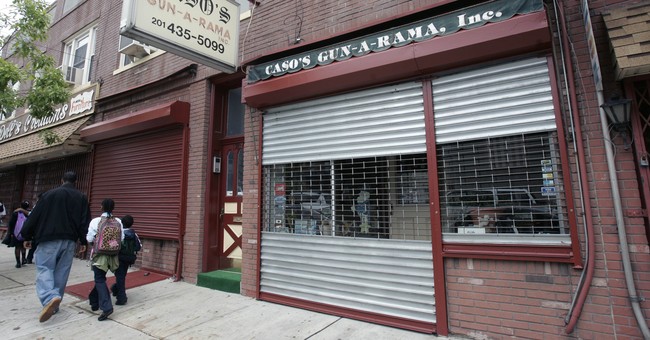