It’s California, and the lunatics are running the asylum.

I’d say the state is giving in to the insanity that is currently ravaging the nation, where liberals are pushing the lie that biology is a casual construct, easily twisted by personal whim. This false belief that mercenary surgeons are pushing to the mentally and emotionally fragile, that if they mutilate their secondary sex organs to look like that of the opposite sex, then suddenly they’re a whole new person, is just cruel.

What California is doing, however, is being California, and moving towards making it easier to lie on official documents, by adding a third option for gender on things like drivers licenses and even birth certificates.

Democratic state Sens. Toni Atkins of San Diego and Scott Wiener of San Francisco introduced legislation this spring that would add a third option to the conventional male and female choices people have when asked to declare their sex.

“The inability for people to accurately identify themselves on government documents has been a real, tangible issue for the community for years, and this policy to fix it is long overdue,” Wiener told the Washington Examiner. “Forcing people to lie on their government documents is terrible policy and a violation of people’s basic civil rights.”

The legislation introduced is called the Gender Recognition Act. It makes it easier for people to request that their official paperwork be changed to say things like, “bi-curious unicorn ewok.” Current state law requires they appear before a judge with a note from one of those aforementioned money-grubbing doctors, saying they’re going through the cosmetic process of erasing any surface evidence of their true gender.

Should this ill-conceived bill be made state law, it’s yet to be determined what letter or symbol will be used to identify these poor souls on their documents. You know, women are identified with an “F,” for “female.” Men are identified with an “M,” for male. Some states are already using “X” for these people. I recommend “NAF” or “NAM,” for Not Actually Female or Not Actually Male.

Australia, Denmark, and New Zealand have adopted similar policies, and the idea is not entirely new to the U.S. This summer, Oregon and Washington, D.C., announced they would legally recognize non-binary, intersex, and agender people, though California’s approach to changing all official documents is the strongest approach so far.

Wondering what all those are?

Non-binary describes someone who does not fit the male or female identity, intersex refers to those born with physical characteristics not normally associated with the person’s gender, and agender refers to those who do not affiliate with either gender.

Those are your X-men, or X-women, or X-unicorn ewoks.

“Most of us use our ID on a daily basis and take it for granted. [The bill] will make what should be a simple task much easier for our transgender and nonbinary neighbors,” Atkins said.

Residents no longer would have to prove they are undergoing treatment or undergo any medical procedures. Instead, they would have to submit an application to the State Registrar and an affidavit that the change is not being made for fraudulent purposes.

What could go wrong?

“By requiring the affidavit to be attested to under penalty of perjury, the bill would create a crime, and thus impose a state-mandated local program,” the bill states.

You don’t impose those kinds of requirements on the mentally ill. The better policy is to treat the illness.

And all those parents who want to force their desire to be social justice warriors on their children, there’s an option for them, as well. Their victimized progeny can petition the courts for a change on their documentation.

The bill was co-sponsored by Equality California and Transgender Law Center. Of course they feel it’s an awesome move for the chaos they advocate.

Others, such as the California Family Council, rightly object to the bill.

“If you allow someone who is physically male to list themselves on a government document as a female, or vice versa, then the government will be legalizing a lie. That’s assuming we are still using the dictionary to define what a male and a female is,” CFC Director of Capitol Engagement Greg Burt testified before the California State Transportation and Housing Committee in April. “As state senators, I know you think you are powerful, but you do not have the authority to simply change the meaning of words just because you want to.”

Haven’t you heard? Nothing matters, anymore.

If the bill passes (and I’m using the word “if” about California, knowing just the fact that it’s irrational and destructive guarantees it will pass), parts of it will go into effect on September 1, 2018, with the rest going into effect on January 1, 2019. No, Limiting Government’s Power Over You Isn’t Tying Their Hands During a Health Crisis 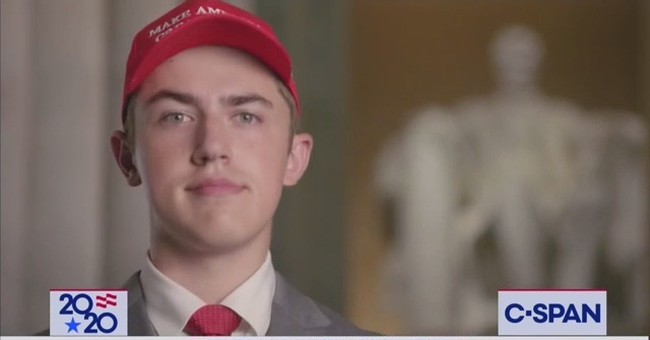 'Wheels up, folks': Climate arsonist Joe Biden's gloves are off and his private jet is fueled up and ready to go