What Did Bannon Call The Worst Mistake In Modern Political History?

One of the latest bits of interest would be Bannon’s take on President Trump’s firing of then-FBI Director James Comey.

Yes, Comey was a weasel, who royally screwed up the investigation into Hillary Clinton’s emails, and should have been gone on day one of Trump’s administration (sooner, but we knew Obama wasn’t going to be the one to pull the trigger). That being said, did Trump go about the firing the right way, or did he only succeed in making a sympathetic figure out of a guy that both sides of the aisle had cause to revile?

According to Trump’s brain, Bannon, no way. Trump messed up in epic fashion.

Speaking of the Comey firing, Bannon referred to the incident as the biggest mistake in modern political history.

He went on to acknowledge that if Comey had not been let go, it’s unlikely that the probe led by special counsel Robert Mueller would have been established.

And let’s be really clear about what happened when Trump fired Comey, as it ties into the Mueller investigation.

Trump fired Comey in May 2017, nearly 4 months into his presidency. Again, it should have been a day one event, and there would likely be very little said about it.

What Trump did was wait months, fired Comey, allowed his spokespeople, including his national security adviser, H.R. McMaster to go out and say Comey was fired because of his handling of the Clinton email investigation, then made them all out to be liars, by publicly admitting to NBC’s Lester Holt that he fired Comey because of the “Russia thing.”

The probe into Russian interference in the 2016 election was already going on. Trump didn’t fully engulf himself or his campaign team into that quagmire until that moment. That made everything Comey had said about loyalty pledges and a request to let ousted national security adviser Michael Flynn skate come into glaring focus.

Trump’s stumbling, bumbling inability to conduct himself as a man who’d recently been entrusted with the well-being of the republic by a large swath of the nation, rather than a Manhattan thug, pressuring underlings to do things that appeared to skirt around ethical standards was the cause, and appointing Robert Mueller was the effect.

It wasn’t Comey’s fault. It wasn’t Obama or Clinton’s fault. The media bears no blame. If you want to find a culprit to pin the genesis of the Mueller investigation on, look no further than Trump, himself.

Firing Mueller to end the investigation would be the second worst thing Trump could do to himself and his administration, at this point.

Is that a possibility?

Some have suggested it is, but Bannon doesn’t think so.

Bannon said he doesn’t believe Trump should fire Mueller, adding that he has not heard anything from within the White House that would indicate such a move is under consideration. Trump himself told reporters last month he hasn’t given firing Mueller any thought, despite people close to him telling the media that the President was considering it.

Until the Mueller investigation winds down – and it must, at some point – Trump and his team need to be the happy warriors, totally open, completely cooperative.

If there’s nothing there, they get to be the ones to say, “I told you so,” in the end. WATCH: Kamala Babbles When Asked About Packing the Supreme Court 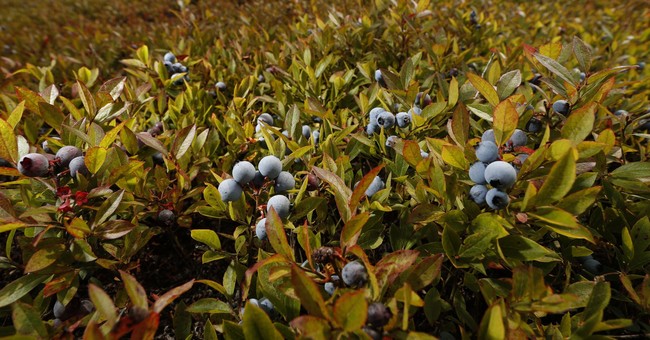 No Farms, No Food… No Clue