I’m not sure why it is that some of us heard Trump’s words so clearly during the primaries, rightly discerning what was just babbling bull, and what was the real Trump, while others gobbled up his every syllable with unwavering faith that he meant everything he said.

They treated every insane, mish-mashed bit of word salad as a holy edict from on high, and they finally had a hero to worship – because he said what he meant.

The problem is, those same Trump faithful, who believed everything he said, had a really selective filter. They’d conveniently sift past those things he said that contradicted previous things, clinging to what they wanted to believe was his stance. Even if the contradiction was pointed out to them, it quickly became, “What he meant to say was…”

So let’s talk about that big, beautiful wall, DACA, and his pre-election campaign promises that got his base so giddy.

As of last week, we know he wants DACA codified through Congress. In other words, he wants to make sure Obama’s disastrous executive orders are made nice and legal, lest an actual conservative president ever take over and try to overturn them.

He is working with Democrats now, after all. When Nancy Pelosi asked him to assure “Dreamers” they were safe, Trump quickly complied with her wishes and said exactly what she wanted in a tweet.

What about that wall? Well, we know Mexico isn’t paying for it. That was his first campaign lie. He wanted to stick American taxpayers with it.

As of yesterday, the notion of “fixing” DACA, but including funding to begin constructing the wall, as part of a compromise with Democrats to allow “Dreamers” to become legal, on the condition of securing the border with the wall was pretty much scrapped. The administration is now proposing that there need not be any conditions for wall funding attached to the efforts to make DACA more than former President Obama’s whim, but an actual, legal reality.

When asked during Tuesday’s White House press briefing about Trump’s support of amnesty, Sanders replied, “I think the president has spoken out very clearly that he wants us to make this decision based on a variety of factors. But the number one thing is that he wants responsible immigration reform and part of that is including that in the process.”

She went on to say that Trump “always wanted responsible immigration reform.”

Most of us understand that “immigration reform” is a dressed-up way of saying amnesty.

You know, amnesty, that thing Trump’s faithful were so very certain that he would put a stop to, if only given the presidency.

Other than Ann Coulter, who has reached the apoplectic stage of realization and is having an emotional breakdown on social media, nearly every day, Trump fans are noticeably less vocal, these days.

That’s not to suggest they’ve disappeared, completely. There are enough Bill Mitchells and Sean Hannitys out there, willing to frame this as 65th dimensional, underwater, upside down chess, to keep the insanity going for quite some time.

I’m guessing that there are those who will always make excuses for him, no matter what, since they feel chained by partisan obligation to their choices.

The rest of us, however, will do our best not to say, “I told you so.” 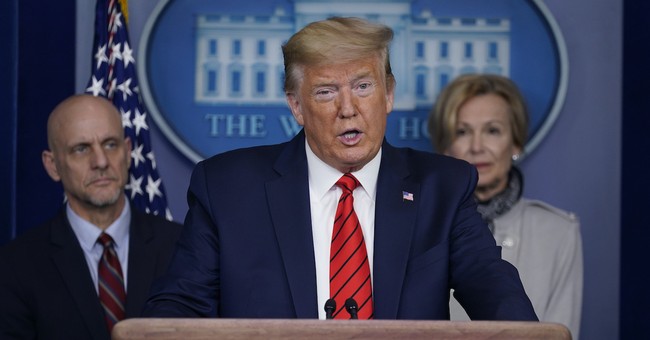