I wondered how long it would take for Trump to respond to Steve Bannon’s comments from the upcoming book by Michael Wolff.

In a statement from the White House, the president took the gloves off and went straight for Bannon’s throat.

“Steve Bannon has nothing to do with me or my presidency,” Trump said. “When he was fired, he not only lost his job, he lost his mind.”

“Steve was rarely in a one-on-one meeting with me and only pretends to have had influence to fool a few people with no access and no clue, whom he helped write phony books,” Trump said.

“Steve pretends to be at war with the media, which he calls the opposition party, yet he spent his time at the White House leaking false information to the media to make himself seem far more important than he was,” the president added.

So the president is going along with the line from some others that Bannon was the source of leaks (that Reince Priebus carried much of the blame for) in the early days of the Trump White House? 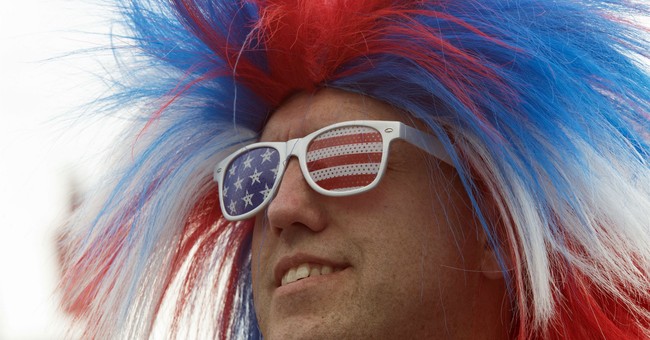 The book, due out next week, could prove troublesome. It’s full of quotes and anecdotes that do nothing to improve the image of the Trump White House. Rather, they paint a picture of a bungling crowd of misfits, not only inexperienced and out of their depth, but mercenary backstabbers, jostling for position.

And of course, the White House denies everything.

“This book is filled with false and misleading accounts from individuals who have no access or influence with the White House,” White House press secretary Sarah Huckabee Sanders said in a subsequent statement. “Participating in a book that can only be described as trashy tabloid fiction exposes their sad, desperate attempts at relevancy.”

Some of the stories might not be perfectly accurate, but surely there is some validity to the tales.

The author said he was able to take up “something like a semi-permanent seat on a couch in the West Wing” shortly after the inauguration at the urging of the president, according to a note published by New York magazine, which ran an excerpt from the book.

Reporters spotted Wolff entering the West Wing in February and April 2017. But the total number of visits is hard to verify because the White House keeps its visitor logs secret.

I was wondering how this one would shake out. With Steve Bannon being such a big part of the stories coming out of Wolff’s book today, it would seem the MAGA camp will be split. Who goes with Trump, and who stays with Bannon?

The Breitbart crew seem to be staying on the side of their boss.

The notion that Trump Jr. bumbled his way into the middle of the Russia controversy while doing the bidding of Trump’s son-in-law, Jared Kushner, is widely held among Bannon and his allies, where there is anger at Trump Jr. for creating a political mess for his father.

“I agree with Steve, why would Donald Trump Jr. take that meeting?,” said one source close to Bannon. “I don’t think he’s actively committing treason but it is just so idiotic. Look, I’m a huge fan of Don Jr., I just feel bad for the guy because this is Jared’s game and he’s just caught up in this mess now.”

And apparently, the hope was that this would pass, but it didn’t.

Drudge grabbed the story about Donald Trump Jr., and what Bannon called “treason,” and pushed it, while calling Steve Bannon “schizophrenic.”

Many believed Bannon was still advising Trump from the outside, after his August ouster. He may have been, but this may be a bridge too far.