Us-versus-Them, red-versus-blue, raging partisanship is killing us as a nation.

The climate in Washington is ugly, made uglier by lawmakers rushing to score political points by demonizing their colleagues on the other side of the aisle.

Partisanship is one of the reasons South Carolina Rep. Trey Gowdy is walking away from Washington and returning to his previous life in the justice system.

Partisanship is one very clear reason why things don’t get done in Washington. Unfortunately, too many who are clamoring to be “at the top” feel the best way to get there is to make anyone who doesn’t share their ideology out to be enemies of the people. Instead of working to make good policy, they work to craft harsh rhetoric.

This is just where we are, now.

Recently, two Supreme Court justices spoke out about the need to bring civility back to the process of governing: Ruth Bader Ginsburg and Neil Gorsuch.

“Someday, I hope we will get back to the way it was,” Ginsburg told a crowd at Roger Williams University School of Law in Rhode Island during an event Tuesday. “I think it will take great leaders on both sides of the aisle to say, ‘Let’s stop this nonsense and start working for the country the way we should.’”

That would be something different and new. 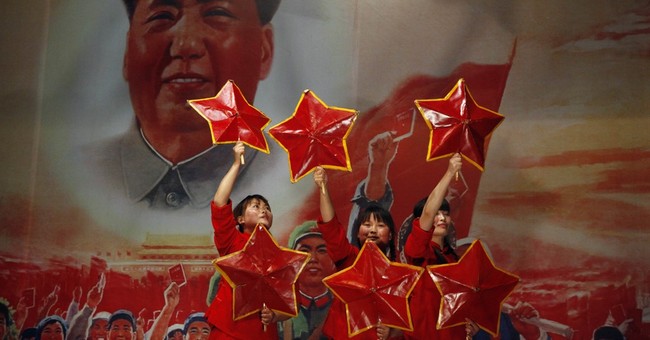 Unfortunately, it’s not just the politicians. I can’t tell you how many times I’ve seen a picture of a Republican lawmaker smiling, shaking hands or just walking with a Democrat and then seen the social media hits with people sneering because they didn’t like the idea of a Republican and a Democrat just interacting as people.

The 84-year-old recalled her own confirmation process, when Sen. Orrin Hatch, R-Utah, was her “biggest supporter” on the Senate Judiciary Committee.

Gorsuch echoed her sentiments in a recent speech.

“To preserve our civil liberties, we have to work on being civil with one another,” Gorsuch said during the event at Stockton University, according to reports.

Cautioning that when others acted in an uncivil manner, “you will be tempted to respond in kind,” he also added:

“But it is possible to disagree without being disagreeable,” Gorsuch continued. “At the end of the day, your character is the most important thing in your possession.”

“I’ve got pretty civil colleagues,” Gorsuch said. “Disagreement is part of the job description. It doesn’t stop us from having dinner together.”

I’ve had many friends who are left of center. There were issues we vehemently disagreed on, but there was also common ground that brought us together.

My policy has always been: Be nice to me, I’ll be nice to you.

It really is that simple.

Ginsburg spoke Thursday at Adas Israel Congregation in Washington, D.C. Despite having very different ideological positions, she and the late Justice Antonin Scalia had a close friendship.

“The Supreme Court is the most collegial place I’ve ever worked,” she said. “We all respect, and in most cases, genuinely like each other.”

It’s very possible to stand on opposite sides and not see the other side as “the enemy.” And while I get that there are issues that are so sensitive in nature that compromise seems far from attainable, there has to be an effort.

The bottom line is, no matter which side you stand on, we’re all in the same nation, we all have to make the best of what we’ve got, and we’ll get so much further if we can stop seeing “enemies,” and start seeing countrymen. “I interacted with Olivia, I liked her, she was a good person, she was important to the team”