Most people in Michigan have been lucky enough (sarcasm font inserted) to observe Governor Gretchen Whitmer’s semi-chaotic response to the COVID-19 pandemic in the Great Lakes State since March. With over 180 EXECUTIVE ORDERS issued in relation to the emergency, she has gone way overboard on confusing her citizens while saying it is for safety based on data.

Here is just a brief refresher course on some of her Executive Fiats given without Legislative approval.

VIDEO: Protester Violates Gov. Whitmer’s Order on Landscaping at Her Mansion With a Weed Wacker

The way that she has used her emergency powers has been absolutely amazing and confusing to watch. One almost gets the impression that she is literally making it up as she goes along based on a ZOOM call recently done discussing something she and her staff watched on a rerun of Oprah.

There are two laws that give the Governor her power during emergencies such as this. One is from 1945 that allows her royal highness to keep her special powers in place until she decides all is safe. This allows her to shred the Michigan Consitution with zero input from the Legislature. The second law was passed in 1976 and demands she get approval for whatever fiat she passes from the Legislature every 28 days.

The 1945 law might become history very soon because of a petition drive that has more than enough signatures here.

According to the Detroit News…

But an opposing group is questioning the validity of those signatures, arguing some petition gatherers had been trained with improper tactics to gain support.

The signatures also could set off a separate fight over the time it will take the Michigan Bureau of Elections to verify them. Unlock Michigan says it should take 60 days. Michigan Secretary of State Jocelyn Benson’s office says it will take about 105 days, potentially pushing the process into next year when control of the state House could change hands.

If enough valid signatures are presented, then this measure goes to the Michigan Legislature which is currently is controlled by Republicans. If it passes there, no approval is needed by Gov. Gretch, and the 1945 law is taken off the books and she is left with the 1976 law which erases all her Executive Fiats done with no approval from the other branch of  Government.

As you might imagine, Gretchen is none-too-pleased with this. She has stammered on about how her pristine use of data and science has saved lives and taking away her authoritarian powers would literally kill old people and babies.

She has yet to show how any of her executive orders are based on data or science and how they have come to any of these conclusions. As I stated earlier, they are making it up as they go along.

The fight now will be to see how long the Michigan Secretary of State, who happens to share the same party letter as Gretch, will drag her feet in getting this petition approved. If approved in 60 days and voted on by the Michigan House and Senate, her powers could be thwarted by the end of the year. If the top election official drags her feet, then this will have to wait to be approved by a new legislature next year and approved if the GOP holds both chambers.

No matter the outcome, it is getting quite clear that Michigan has had just about enough of the nonsense coming from the Governor. Thankfully, it looks like this is about to be put to an end. 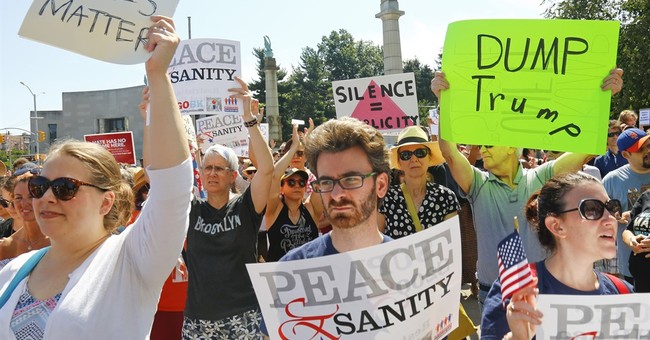