The Darryl Glenn speech that just might win him the GOP Colorado-SEN nomination.

There was a good bit of news (in multiple senses of the term) that came out of last week’s Republican convention in Colorado, but one of the two most interesting other stories was what happened when it came to the Senate nomination. The rules of the convention vote was that anybody who cleared 30% got to be on the primary ballot (you can also get on the primary ballot via petition). Only, what happened here is that El Paso County Commissioner Darryl Glenn got 70% of the vote, which made him the only candidate to win a spot on the ballot (he’ll face four petitioners in the primary). This surprised everybody, including State Senator Tim Neville, who was expected to easily clear the threshold.

There’s been a good deal of speculation about whether the speech below at the convention got Darryl Glenn the nod. Possibly, although by all accounts Glenn is a strong social conservative. But the consensus is that this speech did not hurt:

Below are Darryl Glenn’s prepared remarks: there was a little variation in the speech itself, but no big differences to fuss over, really.  It certainly was well-received, with multiple applause lines.  In fact, even the Denver Post was forced to admit that it was ‘inspiring‘ – and one wonders whether the editorial board ground its collective teeth when it OKed that word. I kind of hope so, honestly.

The primary itself is on June 28th. Darryl Glenn’s website is here.

God is good today. I accept this nomination. (With this TeleIprompter here, I thought we’d be waiting for President Obama to come in!)

I would like to thank my staff, my team, my family but most importantly, my mom (she does not know I will be doing this) – I would like to thank her for giving me life. I am a strong defender of the life of the unborn. Now listen up Planned Parenthood – if there is any tax payer money going to support the dismemberment of our babies, I will vote to defund you!

But there is more! Ladies and gentlemen, there is evil in this world. But if you believe like I believe, we can handle that! You need to understand that there are radical Islamic terrorists out there and we have an administration that has failed to identify the enemy! America needs to step up and lead for once – we need to take back our country! And how are we going to do that? We need to rebuild our military and ensure that our fighting men and women are trained and equipped with the very best tools for the job. We need to remove restrictions and allow them to win. We need to take care of our men and women at home and abroad. What has happened with the VA is unconscionable! That needs to end today!

When I am your next senator, the first thing I am going to do is call for a vote to repeal the Iran nuclear deal! Ladies and gentleman, I will make sure that our enemies hear a clear and decisive message that if you threaten any of our friends, especially Israel, we will unleash the power of the greatest fighting force on the face of the earth – the United States of America!

There’s more – ladies and gentlemen, we have a battles abroad and at home in our neighborhoods – we need to secure our borders! Boarder and port security is not a partisan issue, it’s an American issue! … As your next American senator, I will vote to defund sanctuary cities!

Ladies and gentlemen, we have a battle in our own neighborhoods – I’m tired of our president picking sides! It is not about white America, black America or brown America – it is about the United States of America! I have something to say and I hope the news is picking this up – ALL LIVES MATTER!

But there’s more – if we want to do this, we must establish economic freedom – we must balance our budget. As my kids know, I know how to say “no”!

We must change now – we are facing a situation where people are bowing down to government instead of bowing down to God! People are slaves to the administration and I am not a a fan of slavery, ladies and gentleman! We need personal and corporate property tax reform right now!

We need to clean house – reform Obama care and give the choice back to American workers right now!

There’s more – we have a battle ahead of us and we know – we have MICHAEL Bennet out there – we have Santa Claus out there promising everything – and guess what? We’ve got Hilary Clinton and you know what I’m going to say about Hilary Clinton! I’m deeply committed to taking her from a pantsuit and putting into a bright orange jumpsuit, ladies and gentlemen! We’ve got the sheriff down here and plenty of jumpsuits – Sheriff, do you need some help with those jumpsuits?

I am here to work with you – one thing I am tired of hearing is that Republicans need to reach across the aisle! We need to stand up and lead, ladies and gentlemen!

God Bless each and every one of you, God bless the great state of Colorado and God Bless America! 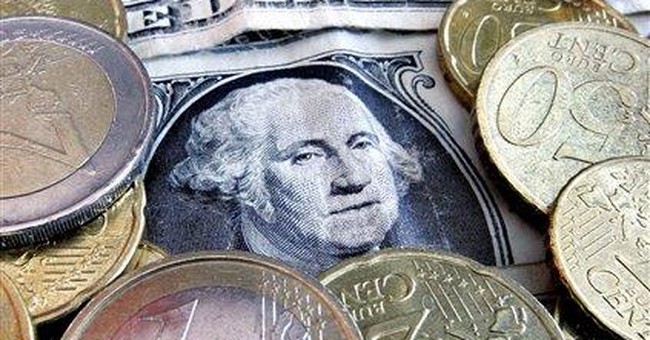 Dick Durbin: We Can't Prevent Barrett From Being Confirmed But...

Amid talk of civil war, Trump Nation has seceded